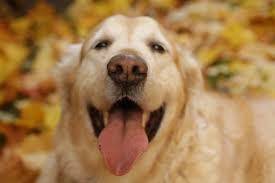 YES HELLO NICE TO MEET YOU I LOVE YOU

Mars and Mercury have entered Leo, kicking off what promises to be a stellar Leo season. I, for one, am feeling GOOD. Having both those planets in Leo natally, I have spent the day smiling and preening and basking in my Leo glory.

I know, I know. Isn’t that laying it on a bit thick? You can like yourself, sure, but do you have to be so loud about it? Yes! Yes I do, and what’s more, there’s nothing wrong with it.

Recently there was a social media kerfuffle between Piers Morgan and Megan Rapinoe, co-captain of the US Women’s Soccer team, in which he tweeted a picture of her arms splayed wide in a victory stance and snarkily said “Ms. Rapinoe sure does love herself.” Regardless of how you feel about either of them, I think this illustrates something about our culture. We’re supposed to love ourselves, but not too much, and not too obviously. Otherwise we are perceived as arrogant, self-absorbed, or unapproachable.

Well, screeeeew that. Loving yourself doesn’t mean that you can’t love others just as much. The heart is big enough to hold it all! For instance, today I messaged a friend just to tell her how good I looked. “I am in a flowy hippie dress, my curls are cascading down my shoulders, and my eyebrows are on point. You are missing out. I am a VISION.” Taken on its own, maybe that’s a little much. But just yesterday I was showering her with compliments, telling her that if she got any cuter with would create a critical mass and the universe would blink out of existence from the sheer force of her cuteness.

Because that’s Leo’s heart. It is just SO FULL that it rains down on everyone around them, including themselves. I call mine a big dumb Golden Retriever heart. I basically run up to everyone I know, tail wagging, thinking, “YES YOU ARE AWESOME AND I AM AWESOME AND TODAY IS THE GREATEST LET’S PLAY.”

And it is a great thing! The world could always use more love, and we could all stand to direct a little more of it toward ourselves. People need to SHINE! And Leos lead the way.

What’s your favorite thing about yourself? Tell us how great you are!