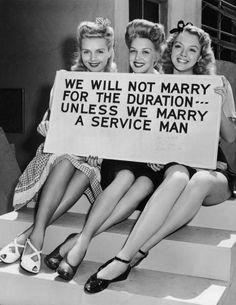 I met an extraordinary woman last night. She’s a Virgo. She’ll be 101 in a few days. She weighs 85 pounds.

Not only can she walk, she does all the laundry in the house, folds it so it looks as if it’s been dry cleaned. She also does all the dishes in the house. Apparently she likes to do this so they let her.

“Are you Italian,” she asked me.

“I married an Italian,” she said. “And when I moved here, there was so much racism. I was in the store and someone said, that DIRTY ITALIAN!” Her eyes got big.  “WHAT DID YOU JUST SAY?” she asked, with her finger pointing, angrily.  “What’s it to you, blondie, he said to me. I had blonde hair back then. Natural, she added.

“I’ll tell you something,” she said, recalling the conversation. “That dirty Italian spent FOUR YEARS fighting the war for the likes of you!  Four of ’em!” she repeated, with her fingers up, for emphasis. “I was so mad!” she explained. “I was just infuriated by that…”

Later she recited a beautiful poem. I was told she knows at least 1000 poems by heart. I found out she lost her grandson, his wife and their two kids, all at once in a plane crash, and she left her first husband…

“She said to me, I think you should knooooooooow…I love him! I said, well guess what?! You can have him!”  And off she went with her two sons…

She says she pretty much raised her grandsons. They were scared one time and she told them, “Don’t you worry. You’re with me and I’m packin’!” Ha ha ha, she carried a gun.

And the got attacked, she was like 90 years old.  She was pushed down and robbed (they caught the guy). But after the attack, some woman with a big dog came to help…

“Why didn’t you let that dog go when you saw him hit me?”

They don’t call it the greatest generation for nothing. She’s a Virgo with a Cancer Moon. Venus in Scorpio. Jupiter conjunct Uranus in Aquarius.