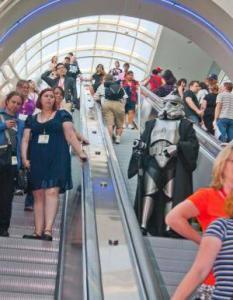 Sometimes people find and comment on old posts which remain relevant. This post was born of this: I Want To Pick Your Brain.  I had more to say about it!  A gal left a comment this morning. Ironically, I had plans to drop garden veggies off with this couple, today. I thought it was a sign.

There’s a man around here, he’s a bonafide genius.  He’s an engineer but he was only in that for a few days. This is because he came up with his first invention when he was seven years old. He was born to independently advance society via innovation.

He’s done nothing but come up ideas for six decades. His wife has assisted for five decades. He’s in his 70’s now and starting production on his latest invention, having pre-sold millions of units.  These aren’t little widgets.  This latest thing will correct a medical problem that afflicts people all around the world. He’s got all of India, interested! It’s as amazing as a pacemaker was when those was first conceived.

I’m telling you this because of all the people around a man like this, I’m the one he likes to talk to. I’m the one he wants to share things with, to get my reaction. He’s so much smarter than I am, I started to think about why this be the case. I figured it out!

He taps me for my impressions, thoughts or feelings because they are atypical. They’re atypical because my background is so unusual.  It’s got to get old going from person to person and having them all ditto each other. He knows if he comes to me, chances are I will have a different perspective. Even more important, it’s likely to be completely out of left field. Something he could not or would not have thought of on his own.

I starting thinking about others who have atypical childhoods. There’s a family around here, all the kids have been home-schooled. They range from about 8-22 years old.  They’re extremely well educated. They’re polite, they’re polished, and they are nothing like what is average.

When they go out in the world, they are never going to be able to completely merge with the masses. They’re always going to be a quirky.

You can judge this anyway you like. My point is that smart people tend to want to access the outlier. So if you have a rough background and if you managed to not be done in by it, you most likely have a unique view which you can wear like a feather for your cap.

Consequently, brainy people will look out over the herd and choose you when they’re stuck or at some kind of breaking point. “Maybe that weirdo, Elsa, can help.”

Nine times out of ten, she can.

Is there and oddball in your life?