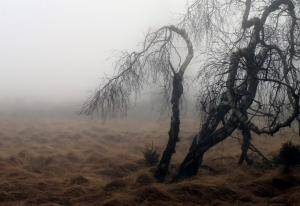 As we reflect on 2020, few of us are looking back fondly. For most of us, 2020 was a terrible year. A global pandemic, economic instability, political turmoil, riots, and widespread misinformation are just a start. And that’s to say nothing of the acute personal impact on everyone with planets in the late degrees of Cardinal signs. It’s understandable that we think of it as one of the worst years ever. And it is certainly up there! But from an historical perspective, we are pretty lucky. Things could be, and have been, much worse. And no year encapsulates that more than the year 536.

Things were hard enough. Keeping up with a farm or a shop is difficult in the best of times, but the widespread wars in the Byzantine Empire had bled into most of Europe and Africa, devastating villages and drawing men away from their families, leaving their wives to do it all. Even religion was no solace, with the pope dying just a few months into his reign amid infighting and suspicion regarding his true loyalties. But still, people managed.

At least, until the fog descended.

No one knows exactly what caused it. Some scholars suspect volcanic eruptions in Iceland or the topics. Some point to evidence of comet impacts. Some think it was a combination of the two. But whatever the cause, the effects were devastating.

From Mexico to Ireland to China, life was turned upside down. According to a Byzantine historian, “the sun gave forth its light without brightness.” A dense, dry, heavy fog spread throughout Eurasia. Snow coated crops in the middle of summer, leading to famine worldwide. In Teotihuacan, riots overtook the streets, sparking the slow-motion collapse of the entire culture. World leaders were unprepared to respond to the crisis and began fighting even more fiercely for the scant resources that were still available. Suddenly, the difficult but tolerable life most people eked out was no longer possible. Now, with no food, constant war, disease outbreaks, and unbreathable air, people struggled to survive in a world gone dark.

But what about the astrology?

When I looked at the charts, I was shocked. I have been studying astrology over half my life, and I am always amazed at how literal it can be. During this period, Saturn and Uranus were conjunct in Leo and opposing Neptune in Aquarius. Let me break it down for you.

A totally unexpected event (Uranus) upended the status quo and destroyed agriculture (Saturn), and challenged state power, which at the time was mostly chieftains, kings, and emperors (Leo). This was caused in large part by a dense fog (Neptune) that spread across the earth, affecting all of humanity (Aquarius). The light of the Sun (Leo) simply slipped away (Neptune).

The suffering in 2020 was real. No one in their right mind would deny or minimize that. But for those of us who were lucky enough to make it out to the other side, 2020 was a remarkable feat of human resilience. Rebuilding, of course, will be harder still. But it is a challenge we as a species have met many times before, and we will do it again. And there’s no better reminder of that than the year 536.

How do you think that 2020 and 536 compare? What lessons do you hope humanity takes from this period? What did you learn in 2020?