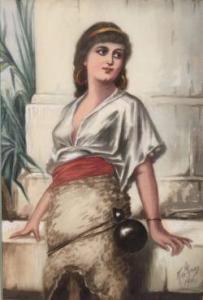 There’s a big shift coming, mid-December when Jupiter and Saturn leave Capricorn for Aquarius.  This should be quite noticeable, in part because the planets change signs within days of each other. But also because it will mark the end of the Jupiter, Saturn, Pluto conjunction that has held the entire world in some degree of death-grip for months on end.

Capricorn is concerned with boundaries and limits. It can be quite controlling and this is for good or ill. As a parent, you can’t let your baby play in the street.  But this energy can also place a heavy burden on person. It’s not necessarily, “fair”, especially in the short term.

Capricorn is also associated with business… big business, generally.  During this pandemic, the “little people” were sent stimulus payments. Unfortunately all the mom and pop businesses were closed. Consequently, the vast majority of the money went to just a few corporations. The little guy was shut out. We all saw this. We’re not stupid.

The stellium in Capricorn has blocked people; throttled them, controlled them and kept them “bound” in ways that are visible and secret.  Shadow-banning. Can you get more “Pluto in Capricorn” than that?

When Jupiter and Saturn enter Aquarius, this will change. The two planets are making a break for it! Doors will open. Opportunities (Jupiter) will come up, unexpectedly (Aquarius).  It’s pretty exciting.

If you want a better idea of how this will affect you, personally, check the house in your chart being transited:

I am really looking forward to this. At last, a window opens and we can get some air.

How do you feel about this big shift?