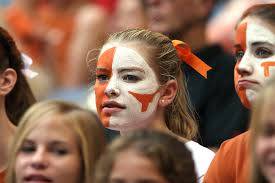 I hate this game

When I talk about abusive relationships, one thing I hear frequently is “If I man ever raised his hand to me, I would be out of there immediately.”  Well, that’s great, but that’s not all there is to abuse. In fact, many abusers are never physically violent at all! But that doesn’t diminish the terror or the impact. For many survivors, the physical abuse, the raw Mars expression, was the easiest to manage – just cringe, dissociate, and tend to the wounds later. But the more Plutonian psychological aspects left scars that were far slower to heal. As I once heard an abuser say, “Violence just means you can’t get the job done any other way.”

One abuser I knew of would use the baseball system to terrorize his wife. “Strike one,” he’d say with an evil grin. And he’d keep muttering it. “Strike one, bitch, strike one.” When the pressure got to her, she’d beg to know what was going on, what she’s done wrong to get a ‘strike’ in the first place, and what the hell would happen when he got to strike three. And this, inevitably, made him smile wider. “Strike two.”

Another was the son of a retired but still well-known police chief. He would tell her stories of the heinous things he’d done to other people, the violence he’d perpetrated against his previous partners and even their children. “And do you see me in jail? No. There’s a brotherhood, and they know better than to believe crazy bitches like you.”

My own abuser never let me have a sense of privacy. He would come to me and say, “I hacked into your email. I know what you’re up to.” Terrified and wanting to prevent a blowup that would put me in real danger, I would beg to know what he was talking about, what he’d found that made him think I was doing anything wrong. I would offer to go through my email together and explain anything he had questions about. He would always refuse. “Why would I give you a chance to lie when I already know the truth?”

He would also stand in my doorway at night while I was sleeping (we never slept together – he stayed up all night drinking) watching me with a murderous look in his eyes, waiting for me to wake up and scream. He had long since taken the locks off the door, so I bought a Christmas door knob hanger with little jingle bells on it so that I’d at least know when he opened the door. I still use it, to this day. Some wounds never completely heal.

Have you or someone you love ever experienced this kind of subtle terror? Share your stories here.