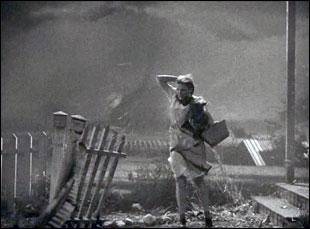 It takes approximately seven years for Uranus to transit a house in your natal chart. Uranus is currently about one third of the way through my 4th house.  Uranus is in the 4th house of my Progressed chart as well. I’ve got a pretty good hack on this.

At the beginning of this transit, I became an empty-nester, suddenly and unexpectedly. This happened at the same time I moved cross-country.  I was stunned to my core. The people who live in my new area have nothing in common with the people who lives in the city I left… outside of the fact, they’re  people. Taurus is a stable, fixed sign. The upheaval was intense.

It’s five years later. We moved here intending to buy our “last house”.   A lot of crazy things have happened. Consequently, I’m not sure this will be the case. However, things have been up in air long enough, I’ve become settled with being unsettled.

The 4th house is also concerned with security. Taurus is associated with money. My finances have been stable for decades. At this point, they are all up in the air.

I don’t necessarily think this is bad. A bad ending cannot be predicted, plus I am certainly not alone. With Uranus in Taurus, anyone with a 401K is probably feeling at least a little queasy.

I’ve also found it necessary to detach my emotions from all sorts of things and people. I have NEEDED (4th house) to do this.

I’ve also become more emotionally independent. I would not have thought this possible nor desirable but it’s okay.

I can’t say I’m enjoying this transit other than I enjoy all my transits because I learn so much. But I thought I’d throw this up here, for people who might be having this transit and looking for company.

The 4th house also represents your roots. I’m American. My country is experiencing a rebellion. How it might wind up is unpredictable.

I changed (Uranus) in ways that only I and people very close to me (4th/family) can see.

Is Uranus in Taurus transiting your 4th house? How’s it going?