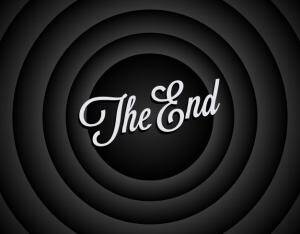 Uranus and Pluto are two of the heavy-hitters in astrology. They each represent powerful energies, and they both move slowly enough that a transit can be felt for years at a time. Currently, Pluto is conjunct my Midheaven and Uranus is conjunct my Ascendant. These are the “angles” of a chart, and when the angles are hit, everything is affected.For instance, if a planet is conjunct the Ascendant, then it is also opposite the Descendant, or relationship point, and square the 4th house of family and the 10th house of career. If a planet is conjunct the Midheaven, it is also opposite the nadir, or home point. When planets are on an angle, you are looking at changes in self, family, relationships, and career. All the biggies.

Recently, I made a post requesting prayers in the forum. I gave a few details, but I thought I would share a bit more here since I think this is a great example of what happens when two major forces combine.

My mother has always struggled with mental health. Periodically throughout her life, she has had terrible manic episodes that have led her to detach from everyone around her and essentially attempt to disappear off into the night. These episodes usually resolve quickly and the family generally comes together to heal. However, it is always understood that this is the price of admission with her, and that another episode will always come. We all anticipate this and work to contain the damage as much as possible as the cycle repeats.

But this time, with the influence of Uranus, which brings sudden change, and Pluto, which brings finality and the death of all things no longer tenable, it appears the cycle has been broken. This time, instead of disappearing, my mother drew up marital dissolution papers, which my father agreed to sign. In the past he has always done his best to keep the family together, but this time a stress-related health scare served as a wakeup call, and he decided to let her go.

WHAM. Within the span of a week, 37 years of marriage went up in smoke.

On top of that, my mother has cut off everyone in her life, including me. This is a moment I have dreaded my entire life, and as a child who had not yet learned good boundaries, I worked tirelessly to prevent it. But now the worst has happened, it is strangely…fine. It is exceptionally painful and there is a lot of work ahead as we navigate a new normal. And of course, given that Pluto is involved, these details are only the tip of the iceberg, but we’ll make it through regardless.

As Pluto turns direct, the dissolution papers will be finalized. A 37-year cycle of pain, fear, love, and confusion will finally end. The story is over. It’s time for a new one to begin.

For that, I have Uranus and Pluto to thank.

Have you ever had Uranus and Pluto transits at the same time? What happened?