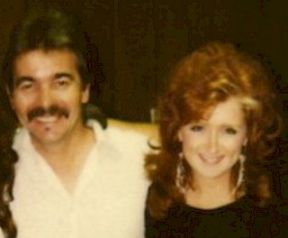 I just finished writing tomorrow’s Astrology Today about the violent polarization in this country right now. And I have to tell you it’s bugged me all day that just one person, ONE person who happens to be the person I linked took the time to say something nice about someone they know on the internet. Now why is that? How can that be?

There is a song out there. “Angel From Montgomery”. John Prine wrote it and he signs it best live with Bonnie Raitt.

And the best line in the song… it just rips my heart out is this one: “How the hell can a man… go to work in the morning… come home in the evening… and have nothing to say?”

Well put, John. You spend a whole day alive and… nothing? What the hell is that? You spend 3, 5, 10 or more years on the Internet and you’ve got not one person you can vouch for?

I saw these two play together about 25 years ago. It was Bonnie’s audience, Prine was the opening act and I was a fan of both since I was teen. Prine played his set and then Bonnie came out and played a few songs before calling Prine out to sing this song with her (which he wrote).

“One of the best men I know,” she said in her introduction, grinning wide. “Mr John Prine!”

He walked back out all humble and it made me cry.

So there you go. That’s how it’s done damn it. That’s how you vouch for someone without reservation and WITH your name on it. And just look at them. Think you can be that happy without the ability to name your friends? I don’t.

I’ll say it again: People are so opposed right now, they are split down the middle ready to kill each other and don’t you think we might do something to counteract that? A day off from hate, maybe?

What do you guys think?
Angel from Montgomery by John Prine and Bonnie Raitt