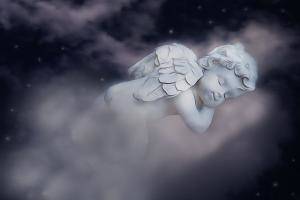 We read a lot about for North Node in synastry: how it pushes us out of our comfort zone, how it helps us learn the lessons we’re put on earth to learn, how planets in aspect to it can help up become the person we’re meant to be. This is great and important and shouldn’t be ignored. But if the North Node in synastry is so great, what does that say about the South Node?

In western astrology, the nodes are a reflection of past and future. The South Node represents that which we’ve already mastered, the comfortable tools we know exactly how to wield. The North Node represents the skills we need to obtain and the lessons we’ve yet to learn. They stand in eternal opposition to each other, showing us the points we are called to integrate.

So if a partner has planets conjunct our South Node, does it mean that they are holding us back? Maybe, but that wouldn’t be my first assumption. It depends a lot on the rest of the relationship, as well as the way each individual person approached their nodal journey. A long time ago I heard a saying, “Relationships should be both a soft place to fall and a laboratory for growth.” Planets in aspect to the North Node clearly provide the laboratory, whereas the South Node comes bearing pillows.

It’s true that sometimes this can take us to places we’d rather not go. Someone I know has a very fun, challenging friendship. She and her friend push each other, challenge each other, and drag each other out of their shells. Where it runs into snags, though, is that this person’s South Node in Cancer is conjunct her friend’s Mars. Even though she is normally a firebrand, the very thought of her friend’s anger sends her retreating into her shell, nursing resentment rather than confronting the problem. The relationship pushes and pushes, and when she needs a little relief, she relaxes into the loving arms of…Mars. It certainly doesn’t provide much cushion in case of a fall. What is does do, though, is force this person to become very familiar with the ways she retreats and hides, and asks her to audit her own behavior in conflicts. She gets stronger every time.

On the other hand, I live a life that forces me toward my North Node on a regular basis. From my profession to my spirituality to the very setup of my home, it’s all North Node, all the time. In addition, several of my closest people, including my partner, have planets conjunct my North Node.  This is very rewarding, but given that my North Node is in Aries, those sharp edges can be a little exhausting. Luckily for me, two of my very best friends have their Moons conjunct my South Node. When I am around them, I lay down my armor, let go of the fight, and simply be. They are the very definition of a soft place to fall. There’s no regression here. They’re clearly not holding me back. They are giving me a chance to rest.

So if you are looking at a synastry chart and see planets conjunct the South Node, don’t panic. There’s a lot more to it than “North Node progress, South Node regress.” Look at which planets we’re talking about.  Look at the tone of your relationship. Look at the rest of your life. And look for the ways that your partner provides comfort and safety. There’s nothing wrong with a soft place to fall.

Does someone you know have planets conjunct your South Node? What is it like?