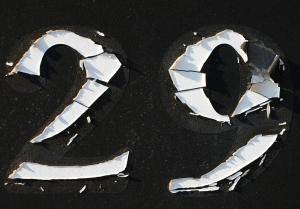 29 degrees is astrology is considered a “critical degree,” and is usually given an extra layer of interpretation on top of the normal sign, house, aspect, dignity, etc. The general interpretation is that there is a sense of urgency in the planet’s expression, and I think this is apt. In some cases, though, I don’t think this goes far enough. I would liken it more to an extinction burst.

An extinction burst is a sudden ratcheting up of a behavior as soon as expected outcome doesn’t arrive. For instance, say your ex calls you every day trying to get you back, and every day you pick up the phone even though you’d really rather not talk to them. On the day that you finally don’t answer, they won’t call just once. They’ll call over and over and over with increasing urgency, leaving longer and more unhinged voicemails until they eventually give up and admit defeat. That was an extinction burst. So, when we’re talking about planets, they operate as if time is running out because they are at the very end of a sign.

In my own chart, Jupiter is at 29 degrees. I am obsessive about knowledge. I always need to know more, more, MORE. There is no such thing as having learned enough. There is always more to the story, and I am going to uncover it!

And it’s more than stockpiling knowledge. I’m always working to understand the broader context and synthesize disparate pieces of information into a greater whole. I’m also driven to teach and help other people gain perspective. It’s no surprise that I’m an astrologer. Astrology is all about taking a million data points and transforming them into something that can help other people navigate the world. And my Jupiter sees to it that I spend my life doing exactly that.

That’s what a critical degree placement will do! When you have one, you know deep down that time is limited, our lives are finite, and if there’s anything we need to accomplish, we’d better do it now. Depending on how we choose to express that energy, it can be the driving force in our success or it can lead to our ruin. But either way, it’s leading somewhere, and FAST. Time is short, after all.

Do you have any placements at 29 degrees? How do they play out?