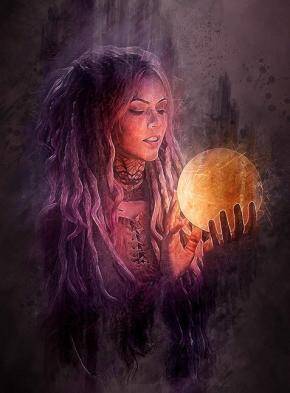 We’ve all heard by now about the drama with the stock market, in which a group of ordinary people boosted the stock price of GameStop and made millionaires of people overnight while bankrupting hedge funds who had bet against the stock. Similar groups of people are now working to boost the price of Dogecoin and other cryptocurrencies.

This situation was chalked up to Mars and Uranus in Taurus squaring Saturn in Aquarius. And this makes sense! Uranus brings shocks and power to the people, Taurus is associated with currency, Mars initiates the fight, and Saturn is the big structural power that people were butting up against. But one factor that is missing in this analysis is Lilith.

Lilith was battling right alongside Uranus in Taurus, making her own square to Saturn. And truly, this makes perfect sense. Lilith is the place where we engage with machines designed to crush common people in their gears. Her entire myth is about standing up to a system of authority that refuses to treat her as an equal and give her access to the same resources as everyone else.

Lilith has no patience for rigged systems. In her eyes, if a system fails to support her sovereignty, it is useless. So why, she asks, should we obey the rules? Why should we continue to allow ourselves to be oppressed? Why not twist the unfair rules to our advantage? And that is exactly what this group of small-time investors did.

And when the powers that be clamped down on everyday investors’ use of the ordinary stock market, people turned to the next gem in Lilith’s bag of tricks, which is to opt out. Just as Lilith fled Eden and carved out her own niche in the world, small investors pulled out of the traditional stock market and turned to alternative currency, thereby creating their own little sliver of wealth.

This story is still developing, and I don’t think it is anywhere close to over. In fact, in late September, while Uranus and Saturn are still squaring off, Mars in Libra and Lilith in Gemini will move to create a Grand Trine with Saturn. Will we see new rules that allow ordinary people greater access to the stock market and other types of institutional wealth? Or will the revolution continue, this time with more people able to cash in and reap the benefits?

One thing is for sure: the clash between little people and big power isn’t going anywhere. But we won’t be alone. Use her wisdom. Change the rules. Step up. Opt out. Make the system work for you. And let Lilith’s fighting spirit lead the way.

How do you feel about the stock market drama? Can you see Lilith’s influence? How do you see this playing out?