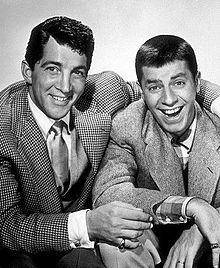 I think the North and South Nodes and how they guide your life cannot be emphasized enough. But one burning question.

Is there a compatibility consideration between North nodes? I believe North nodes tend to manifest in how the person approaches their life, how they show and express themselves to other people and what they strive for naturally.

If my North node is opposite to someones North Node (I.E. Mine is in Leo , his in Aquarius) does that spell trouble for the relationship? Its definitively a learning one but is it a case of “two ships passing in the night towards different ports”?

This is an interesting question. I had to think about it for awhile. I don’t think an opposition between the north nodes spells T-R-O-U-B-L-E. The challenge is in trying to explain my thinking. How far should I go?

I can make my case right away, using the Cancer / Capricorn axis.  A couple with a nodal opposition in those signs can easily join their lives and manifest their destinies because they’re both parents. Done.  But beyond that, this idea is way too simple.

I think this is entertained because everyone is out there looking for their straight-line “soulmate”. This is mistake. Life is truly beautiful and people and they paths they take to arrive a their ultimate destination are generally surprising and complex.

Specific to the Leo/Aquarius axis, I see two people on stage. One is theatrical and childlike. The other is the straight man – cool and collected.

This made me think of Dean Martin and Jerry Lewis. This prompted me to look at their charts and guess what? They have a nodal opposition in their charts (Cancer and Capricorn). They were clearly not ships that passed in the night.

What do you know about nodal oppositions in synastry?