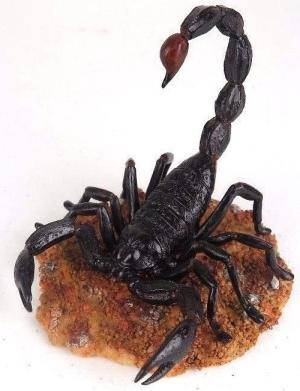 I know what you’re thinking, you don’t even need to say it. But “sex” just isn’t going to cut it for this guy. He wants a transformative experience with his woman. What does that mean?

It means he wants to know that intimacy with him is incredibly meaningful for you, that a relationship with him moves you on a fundamental level, that he has emotionally rocked your world. This man works backward in relationships; he is likely to get to know you on a superficial level *after* he has gotten to know you on a carnal level. This can cause some early and inappropriate bonding that is more difficult to extricate from than he’d like to admit, but it’s how he works. If he’s got you in his laser beams, and you’d prefer to get to know him the old fashioned way, it’s easy to do. Intimacy can take many forms, and what he wants, bottom line, is to know you psychologically. So… share who you are. Don’t be afraid to really show him your depths; he’s going to find out anyway. Tell him your secrets– they are safe with him!

This is not a lighthearted Venus, although once you have been thoroughly investigated by him and he trusts you, things lighten up considerably. But most certainly, there will be a testing period. Fixed water is deeply emotional and not likely to shift gears easily, so if, for instance, he “feels” jealous of a conversation you are having with another man, your efforts to brush off his fears are not going to work. You’re going to have to explain yourself. Look him right in the eye while you’re doing it. Don’t minimize his concerns, and for God’s sake, don’t start texting on your phone in the middle of it all. Give him your undivided attention and show him that you understand his feelings and that you are going to stick with him until he sorts it out.

If this sounds tedious to you, and you can’t afford to expend the energy necessary for such hoop-jumping, don’t be surprised if you experience the repercussions of a man whose Venus in Scorpio has been rebuffed or dismissed. He may briefly become obsessive, in the hopes that you can be made to see how important the issue is, but if you cannot descend into the depths with him, you will leave him no choice. You will cease to exist. This Venus can be ruthless in the ability to sever a tie. But there were warning rattles, you just didn’t listen! And those secrets you told him? Well, now they’re fair game. Hopefully he doesn’t have pictures.

If you are a woman of depth, who bonds deeply and loyally to her mate, and who isn’t afraid to be vulnerable he will go to the ends of the earth with you. He’ll tolerate your crazy like no one else. He’ll even tell you it makes him hot. Get it? He gets off on “complicated”.

What does a man with Venus in Virgo want?

My 8th House Observations Around Secrets, Plus Notes on Gossip