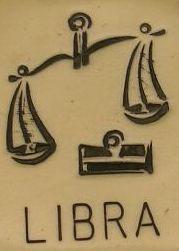 Way back when I was first studying astrology, I read a book called “Secrets of a Stargazer’s Notebook”. The author was pithy and funny and I learned a lot. One of the things she wrote about Libra was that Libra was always saying “I LIKE you, do you like me???” A man with Venus in Libra is very focused on being liked by women. This does not mean he wants to sleep with all of them, it simply means that he likes being liked. If you’re a jealous, possessive woman, I would steer clear of a man with Venus in Libra, because he flirts as naturally as he takes a breath. It’s lifeblood to him. He is genuinely curious about others!

If, however, you’re a woman who enjoys the company of other women, and can banter with the best of them, have a stylish wardrobe and a home that looks like House Beautiful, you might actually get him to climb down from the fence! This is the 2nd air Venus, and has refined itself from Gemini who sometimes can chat just for the sake of chatting. This Venus actually wants to know what you like, and in his effort to be liked, the object of your affection may even mirror some of your qualities. At the very least, if he’s interested in you, he will act fascinated by everything you say.

Venus is at home in Libra, one of the signs she naturally rules. While Venus in Taurus is concerned with earthy, domestic pleasures and possessions, Venus in Libra is interested in the pleasures that socializing brings. A man with Venus in Libra gets stars in his eyes if a woman has the ability to put others at ease and has social graces. He can be a burn-a-candle-at-both-ends kind of guy, with a different activity scheduled for every night, so you better be able to keep up!

He likes the things that money can buy, and if he’s into you, he will most likely be willing to spend a pretty penny to keep you happy. This is where the art of flirting can go very, very far, because his love language is gifts. If he loves you, he will make sure you have all the glitterly accoutrements your heart desires. Venus in Libra definitely understands the idea of “I want it because I want it!”

This Venus is not going to be into intense discussions about “the relationship” and he may be unable to commit to firm plans, but it really does depend on how you present it. If you make the plans sound light and fun, he is much more likely to agree. He’s going to squirm away from anything that feels like a lock-down! Air lives in the realm of *ideas* and you may get frustrated if you need a solid commitment in order to feel secure. Libra can be very loyal, but only when it knows that wing-clipping is not part of the bargain of relationships. Try telling him that he best not be even *looking* at another woman and you’ll be seeing the door slam behind him very quickly.

Think about it… do you think for a minute that Aphrodite would have stood for any of her suitors telling her who she could flirt with? I think not. This Air Venus needs to breathe!