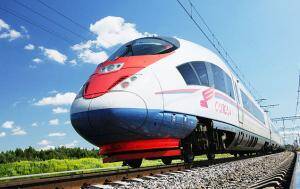 A Uranus transit is akin to getting on a bullet train that takes you somewhere you’ve never been before – F-A-S-T.  You’ll move so fast, most people in your life will not be able to hold on.

If you value relationships like I do, this may be upsetting to consider. But there are times when your life momentum is so powerful, people who try to thwart you, simply go flying. This can’t be helped because there’s just so much velocity around you!

Have you experienced this? A time in your life when the landmarks pass by so quickly, you’ve no choice but to go where you’re being taken?

I equate Uranus transits to Dorothy in the Wizard of Oz. She leaves her black and white world and winds up in a world full of vivid colors, adventure and interesting people. A Uranus transit takes you to your (new) future but unlike the movie, you get to stay there. I like this.  I look out on the horizon and I see freedom.

All of these things can stress you until you realize your life has otherworldly momentum during this period.

Uranus transits also tend to rob you of sleep. However if you pay attention you may realize you don’t need as much sleep as usual. Also, valuable insights can come out of the blue sky. Sometimes you wake up to receive these transmissions!

Tell us about your Uranus transit.