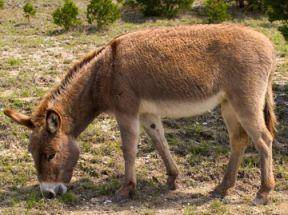 “I don’t think you could survive without wandering,” I told the soldier. “I think this is part of you the same way a person’s hair grows in a certain direction.”

“Well it’s true. You’re going to train him to do exactly that. And you can be blind and get right up on him and ride around. You know he’ll come home, he’ll get hungry.”

“And you specifically told me you were going to train him to come when you called him. Remember that? I think you’re going to do that because if you’re blind you won’t be able to go look for him. So he’s going to have to come when you call him or you’ll be stuck! So this is what I think you’re setting up. You have no choice but to get that burro because there is just no way you can get out of wandering. This has to do with your soul.” 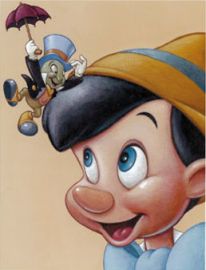 “No, I don’t think it. I know it. You think it has to do with Special Forces. You said that’s why you went on 20 miles walks all the time but I think that’s wrong. The wandering has nothing to do with the military. You used to take off when you were a kid, spend the day in the woods, long before there was ever Special Forces. This pre-dates that.”

“That’s true, I would take off and be gone all day.”

“Yeah, it’s who you are. And when you told me about your past life… lives guess what you said? Your specific words were this: Wander this earth. You said you were cursed to wander this earth and by God this is exactly what you do and I don’t see you have a choice.”

“Probably not. Is it okay?”

“It doesn’t stop you from loving me?”

“No, just the opposite. You’ll get on the burro and ride off. I know you will and I will give you a hug before you. Same kind of hug I give you now. A good one.”

“Yeah, I’ll hug you good and hard unless you’re brittle or something,” I said with a snort. “But in any case when you ride off know what I’ll see? I’ll see your 10 year old self. I am going to see you in that Pinocchio shirt you had when you were a kid, going off to wander the earth because you are supposed to. You are born to and I like it because it is all so deep. Really, you are the most soulful person I have ever known.”

Do you have the wandering gene? Where is Jupiter in your chart?