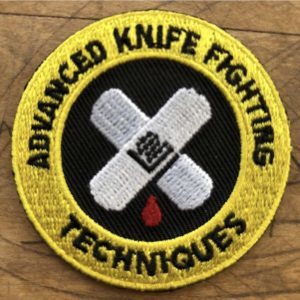 Monday, the Taurus Moon forms a grand trine in earth as it trines both the Sun and Jupiter. It’s also in orb of a kite as it moves into sextile with Neptune in Pisces. The mood offers solid enthusiasm with a dreamy or glamorous side and a genuine desire the be of service.

Pleasure seeking is the order of the day, even if we have to blur the edges a bit in order to frame it to our satisfaction. By nighttime, the Moon trines Pluto as well. The mood draws strength and power from its darker impulses.

Tuesday, the Moon finishes up in Taurus with a trine to Saturn. Take your time and follow through with items you’ve already started. When the Moon moves to Gemini, the mood lightens and quickens. The Moon sextiles Leo Venus and heads into trine with Mercury in Libra overnight. The airy mood assists with creativity and glamor. It may even allow a bit of fun drama to shine through. Gossip is definitely on the table, so encourage good gossip.

Wednesday, the Gemini Moon makes its exact trine to Mercury then sextiles Chiron in Aries. Be your authentic self but tell the truth with diplomacy. The mood makes this easier. People are curious, so try not to overdo it with unnecessary embellishment… not if that would tip it into something sketchy or tough to follow up on. Don’t overpromise.

The Mercury-ruled Virgo Sun trines Jupiter and Mars in its own rulership (Aries) stations retrograde. The order of the day is hyped up and ready to go, intelligently and tangibly. However, the action principle is stalled. The Mercury-ruled Gemini Moon heads into square with the Sun, and the mentally, sensually active mood can push a pile up. Be prepared to navigate your mood with rapid direction changes. Good communication makes use of that stalled out Mars with a sextile from the Moon. Even retrograde, the Aries placement makes for healthy utilization of the potential of action.

Wherever the action stalls out, use it as a pivot point.

Thursday, Mercury perfects its opposition to Chiron. Chiron in Aries is ruled by Mars. Mercury in Libra is ruled by Venus. Venus is in Sun-ruled Leo – lovely, creative, glamorous. Whatever the damage, acting authentically pays off. You may have to do a bit of creative sweet-talking, but that’s possible now.

With Mars heading back into square to Saturn, it’s imperative to do the right thing. With a Mercury-ruled Virgo Sun closing in on an opposition to Neptune (exact Friday), we may not have unfiltered truth at our disposal. It’s quite likely something has been exaggerated or obscured. Operating from a good faith narrative is often the best we can do. It’s also possible to find the right words at the right time when you do this… and to access a higher level of truth telling.

The Moon forms a t-square with the Sun-Neptune opposition. Don’t let that airy, curious mood rush your attempts at precision. Thursday night’s Gemini Moon sextiles Mars, an opportunity to lighten the load.

Friday, the Moon hits Cancer and its own rulership. A rush of emotion is likely and the Moon moves into a challenging t-square with Mercury and Chiron. It can also bring news, sensory info, or memories that hurt feelings. But remember, it’s a passing mood; also it won’t rise to a level of notice for everyone. Nighttime brings the Moon into sextile with Uranus in Taurus and an opportunity to snap out of it. It’s possible to rise up while simultaneously grounding yourself.

All week, Venus moves into orb of square to Uranus and trine to Chiron. Old hurts are coming up to be healed while the status quo no longer suits us on some level. Venus in Leo brings the ability to dramatize our desires in an attempt to get them met, or to fine tune them in some way. Might you want something different now? It’s also a great time for leaning into genuine self care and taking on the challenge of finding pleasure in new circumstances.