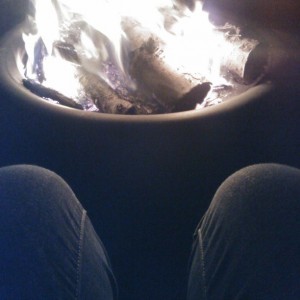 On Monday, the Cancer Moon squares Chiron then goes on to sextile Venus and Uranus. At the end of the night, Venus perfects its trine to Uranus, and the Moon goes on to trine Neptune overnight.

Monday looks to be quite dramatic. Shot to the heart (and you’re to blame; darling you give love…), but it splits into rays of magical light. Sometimes you have to break apart to receive the jolt that charges you down to your toes.

Once past the trine to Uranus, Venus heads into opposition to Neptune and trine to Pluto. I think you’re either going to get your heart’s desire… or get over it. As an old lady, I’m here to tell you: You’re probably luckier and better off to get over it. That so rarely happens, and it’s a lot more straightforward in the way of blessings. Other blessings have things like camels and fleas. But that’s just my two cents.

Tuesday, the Cancer Moon opposes Pluto and sextiles the Sun. The mood is tense in a way that sets the stage for getting things done. It gives you something to rise to and overcome, but it also ticks the boxes on stuff you had to do anyway. Afternoon takes the Moon to Leo, and the Leo Moon sextiles retro Mercury and trines retro Jupiter. This fiery mood supports letting out the truth (as you know it) and setting yourself free. Is there something you need to correct the details on?

Wednesday’s Leo Moon trines Chiron, sextiles Mars, then heads into a t-square with the Uranus-Saturn square (exact overnight). A sunny mood could give way to angst. So just make sure you’re conscious about how you spend your efforts, and that your efforts reflect a direction that makes sense (to you) morally and ethically. Can you defend what you’re doing? Great! No worries.

On Thursday, the Moon finishes up with its t-square and forms a dramatic yod: opposing Vesta, opposing the midpoint of the Neptune-Pluto sextile. Tell yourself a story of the changes you’re encountering on the way to a brand new way of BEING. You’re IN the story: Sum it up and take meaning from it. Remember your own value as well as the ideals you’re tuned in to. We’re in flux. You need to be able to remember where you were (now) when you get there (in the future).

Thursday afternoon, retro Mercury hits zero degrees Libra. A few hours later, the Sun arrives at zero Libra. Overnight they conjoin opposite the Aries point: the start of autumn, opposite of spring. It’s a moment of nostalgia that is like no other, and I don’t mean that as hyperbole. It’s nearing harvest.

While there are elements of reminiscent memory, the day is brimming with the fruit of something extra, something bittersweet yet nearly ripe. You pick the fruit, it ripens later. Take stock of what you know, but know it’s not yet the full story.

Friday morning, Mercury heads back into the last degree of Virgo, back into trine with Pluto. Back into applying conjunction with Venus. That not yet ripe fruit of knowledge? Of desire… for knowledge perhaps? A bit of an obsession (or full on obsession now)? It gains in possibilities and promise with each passing moment. Let it sweeten. Let the charm and chant swirl and solidify. Let it.

Friday’s Virgo Moon ticks along all day, the mood down to earth and aware. How is a mood aware? Perhaps your heart is open, soaking in the details – but not surprised. Cataloging. Think librarian vibes. SHhhhhhh! Nighttime takes the Moon into opposition to Juno in Pisces. SHHHHHHH!!! Take no nonsense, and take part in nothing shady. It’s like Gremlins. Don’t feed any self-doubts after dark. Keep an open mind in your heart.

Venus perfects its opposition to Neptune early Saturday morning (early enough to feel like Friday night). It feels like a dream come true, or a nightmare come true. Which? Who knows. It comes from everywhere, not just in or out. With retro Mercury near, it’s tough to know what’s real, what’s right, and what will last. But it’s also possible to mold the narrative of the situation to your liking, at least for that glittery moment.

Sounds foggy? Unclear? Yes. Dreams are like that. Enjoy it if you are able. 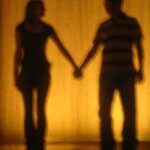 What Are The Best Aspects In Synastry?