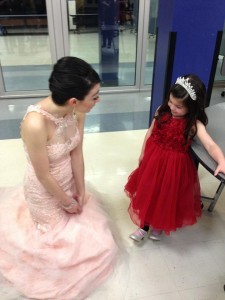 Monday’s Scorpio Moon carries that new moon energy into the start of the week. The flow contains ripples of the Mars-Saturn square, blockage in action. However, as those ripples spread, the Moon’s aspects are mild. The mood contains magic via Neptune and offers stability with a sextile to Saturn.

It offers a chance to drift and kick, drift and kick, all the time with an eye on a deeper path to satisfaction. As the Moon sextiles Pluto, Mars begins to move past its square to Saturn and express the approaching square to Pluto. The emotional atmosphere opens us up to the possibility of a beneficial experience when active transformation erupts.

Tuesday, the Moon continues on through Scorpio, over the Pallas-Venus conjunction and over Mercury. The eddies of the mood circle our senses with deep contemplation in desire and how we’ve fared so far. It’s important to note any patterns brought to the surface.

Later, the Moon hits Sagittarius, forming a trine to Chiron and a quincunx to Uranus. Time to do a Keanu surfer shake and shiver, shimmying off any bad mood you’re left with. It’s a new moon replay!

Wednesday, Venus overtakes Mercury in Scorpio as the Sadge Moon goes on to square Neptune and sextile Mars. We can ask for what we want, even if that ultimately doesn’t work out. It doesn’t matter. Asking for what we want is still the first step to getting it or making it happen. Even if you just get clear and ask silently, it’s important to do.

People pleasers can become embarrassed when they’ve made themselves vulnerable in making a request. I assure you, you deserve to ask for what you want. Always. The ask is your part, and you have no control over the answer. But you’re brave to do it! The Sadge Moon sextile Mars brings courage!

Thursday morning, the Sadge Moon conjoins Saggitarius-ruler Jupiter as Mercury goes retrograde in Scorpio at 27 degrees. Just because someone said no, doesn’t mean they won’t change their mind… or have a better idea; or perhaps YOU have a better idea and some emotional juice because of what it spurred in YOU. In any case, it’s time to rethink things with an eye on getting FREE. Sometimes asking for help is what launches us into helping ourselves, or digging deeper into the answers. Soon we’ll have another viewpoint to observe from.

Later Thursday night, the Moon moves to Capricorn. It’s Halloween. Earlier frolickers have the jolly Moon in Sadge. Sugared up kids will not want to settle down (general Sadge as well as a Moon square to Juno). In the darker bits of the night, the Saturn influence also pulls up a Pluto vibe. There are always consequences, so don’t overshoot your mark. Know when to call it quits and settle your urges.

Halloween is rife with pranks, particularly with Mars heading into square with Pluto, so talking about consequences is not just a cutesy thing. A fun prank can go wrong easily, so be sure what you’re about.

Friday, the Cap Moon sextiles the Scorpio Sun, and Venus moves to Sagittarius. It’s easier to dismiss the results of some of those pranks when the sun comes up, provided there are no lasting ill effects. It’s all in good fun… now.

The Moon heads into orb of aspect with Saturn, Neptune, and Mars by nighttime. Still yourself and ground your mood and it’s possible to transmute those entrenched blocks to satisfaction. Venus in Sadge goes a long way in charging toward hope. We want more!

What are your Halloween plans? Will you dress up? If you could dress up as anything, what would that be?