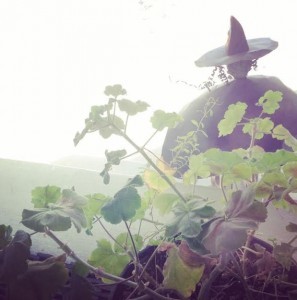 Monday morning, retrograde Mercury conjoins Juno and opposes retrograde Uranus for the second time this month. The truth will out… passionately. Take another look at what was previously buried.

Alternately, someone may insist that you do. Try to see it another way, without being swayed by any previous negative connotations that may have attached themselves to the subject. Look at any alternate viewpoints with your investments in mind… and without. See how the difference sways your attitudes.

Monday the Sagittarius Moon trines Chiron and heads into a t-square with the post-exact Venus-Neptune opposition. The t-square perfects early Tuesday, but Monday evening is when it really pops.

Sadge Moon trine Chiron is a mood to run with the truth. When that mood bisects the Venus-Neptune effect, it can strip the illusion of dreamy-pretty away like a solvent… or a fire. Stay philosophical and curry your own resilience for best results; don’t let imperfection ruin your mood.

Tuesday morning, the Moon perfects that t-square then trines retrograde Aries Mars and sextiles the late Libra Sun. That jangly t-square creates just the impetus to take advantage of the ability to get back on the path and invest in your own advantages.

Wednesday, the Moon finishes up in Sadge and drops into Capricorn. Once there, it squares Chiron, trines Uranus, and sextiles retrograde Mercury. Growing pains aside, a solid and righteous mood stimulates better cognition. We’re ready to get excited about something again. Remember when that trembling was excitement rather than anxiety? Put the pieces together with full support in reality. If you’re feeling jealous or possessive, now is the time to investigate WHY.

Venus perfects its trine to Pluto, an influence that infuses the week with a base of gritty, physical pleasure. You’re likely to remember the last time you encountered dirty delights of an earthly nature, and so will others. It puts people in mind of reaching out to the one who made their toes curl.

As Venus goes on to trine Saturn, remember the quality of that interaction, that person. Is it something lasting or would you be juicing up an old connection only to create a burden? There’s the possibility of digging up something good that lasts, but consider why and where is the value.

Thursday, retrograde Mercury quinuncunxes Chiron exactly (in effect all week). Whatever your temptations, don’t betray yourself just to get by in the moment. Don’t portray yourself as something you’re not or make a promise that betrays your own best interests. It’s not so much that there are dire consequences, it’s that it’s a step backward for getting somewhere as a person.

Thursday’s Capricorn Moon sextiles Neptune and sweeps over Jupiter, Pluto, and Saturn – lighting up Venus in a trine. The solid mood has support. It is robust and tapped into pleasure, so there’s no need to sell yourself short if you get in a pickle. Wait for the bass to drop.

Later in the day, the Sun moves to Scorpio to join Mercury and Juno. The bass drops. Put yourself back in tune with the season and settle in, toes deep in the sediment. There’s a thrill, an undertone, a shiver that runs up and down, brain to toes- through the goodies and back again.

The Moon finishes up in Capricorn on Friday morning then heads into cool and collected Aquarius. It squares the Sun and Mercury in early Scorpio. Take stock of where you’re headed, your plans, your intentions. The Moon sextiles Chiron and squares Aquarius ruler Uranus. Do your current plans jibe with your longer term ideals? With who you’re becoming as a person… as a part of the greater world?

There’s a mood for contemplation that challenges the status quo, maybe even just for fun! But the whole point is to get in tune with who you’re becoming.