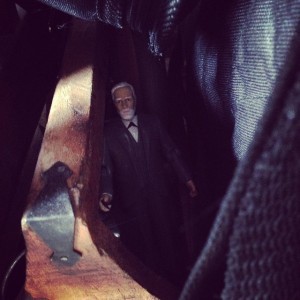 The general arc of the week incorporates some clean up from the full moon in Aries aspecting Jupiter and Pluto. Scorpio Mercury digs deep into the details and fallout as it aspects Saturn, Neptune, and eventually Pluto. Venus heads toward those aspects as well.

Monday, the Moon closes the book on Aries as Mercury completes a sextile to Saturn. Early in the day we’re privy to what’s already mined, as details emerge in the collective. As the Moon hits Venus-ruled Taurus, it conjoins Uranus. The early Moon in Aries finishes an emotional chapter. The Taurus Moon takes the mood into another subject entirely.

Tuesday, Mercury trines Neptune exactly, with Venus moving toward trine with Neptune as well. The Venus-ruled Taurus Moon opposes Venus then Mercury, trining Saturn then sextiling Neptune. On Wednesday, the Moon trines Pluto, continuing on through the end of Taurus. Th whole of that Taurus mood fosters moving from past info into a space of allowing the revelations to sink in and bloom. We make sense of it all, but we also infuse our planning with some values-based revelations. Listen to your intuition as well as the facts. This short period could be the catalyst of a powerful paradigm shift.

Later Wednesday, the Moon moves to Mercury-ruled Gemini and a sextile to Chiron overnight. There are two moods likely: Either you sleep and dream an exciting stack of possibilities, or a churning mind turns up something tasty minus the sleep.

Thursday’s Gemini Moon trines Mars and goes on to quincunx Saturn. The mood drives action on those plans. But it’s airy, fun, and likely sociable. See what else you can find out as you get the ball rolling. Share info, even better if you can work or play together while doing so. It greases the wheels.

Friday morning the Gemini Moon squares Neptune, going on to form the point of a yod from Mercury and Jupiter. The Moon takes an opposition from Jupiter through the center, like an arrow. Mercury’s sextile to Pluto is exact Saturday, but the numbers are close enough for a strong effect. Open up to a blast of inspiration from outside yourself. The Neptune square to the Moon complicates interpretation of that drive. How do I know if it’s inspiration or wishful thinking? Wait for the fiery blast. If you have to ask, that’s not it.

Friday night, the Gemini Moon opposes Pallas Athena, pattern intelligence, then goes on to trine the Sun overnight, through the end of the sign. We are challenged to go deeper and draw even more detailed conclusions and churn up further possible connections to the truth. The Gem Moon period this week will benefit from discussion and social mulling. Don’t hesitate to bounce your ideas off someone in order to refine them. Make sure it’s the right person, though. Nutty people produce nutty theories, so choose wisely; choose a balanced outlook. That shouldn’t be difficult given the Sun’s powerful presence in Libra.

Aries Moon signals finishing the accumulation of past info. Taurus Moon rounds up the usual suspects along with some interesting new dirt, curating their value and meaning; it all sinks in. We’re thirsty for it. Gemini Moon shows us through a period of reflection and divination on our way to striking a powerful new mode through a wealth of understanding.

Mercury is already in its retrograde shadow (the area it will travel back over during and after the retro period). It spends this entire period in Scorpio. Now is the initial dig. Be discerning in laying out your grid. When the retrograde message hits the fan, Mars squares Pluto. We’re going to dig in hard. Set the stage with precision.