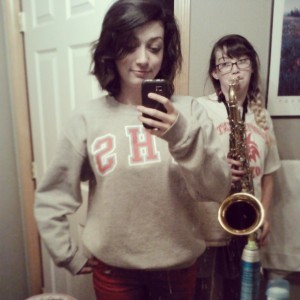 This week, the Sagittarius Sun chases a square to Mars in Pisces. It won’t perfect for a while yet. Mercury in Sadge retrogrades back through the early degrees, over the Sun late Monday and over Sadge ruler Jupiter on Tuesday.

The mind, the senses, the perception and perspective are challenged to take in a bigger picture world. That’s generally speaking the bigger picture in your own little world. Sometimes we can’t see what’s right in front of us because we’re too zoomed in. Zoom out a bit. How do the details connect to the larger arc of your life?

The Sun and Mercury conjoin their Sagittarius sign ruler Jupiter. All three square Mars as Mars moves to conjoin its Pisces sign ruler Neptune. This happens over time, but only this week is Mercury involved. So pay attention NOW, even though the time for action may not be ripe. It may be unclear, delayed… or more likely, it’s already in the process of divine timing.

Believe that you’re on track, but respond to signs telling you to move. That really is the best way to affect the long term effect you seek. Mars sextiles Saturn in its own sign. Both are direct. Though you don’t see the movement, the righteousness of action, it is there. Keep at it. Do the right thing and the results will follow in time.

That doesn’t mean to do the same old thing. It means let the divine steer for a bit and don’t jerk the wheel.

With the Sadge energy square the Pisces energy, don’t expect to see the results now, at least not the way they’ll be ordered in the future. Do what makes sense, even if you’re not exactly sure why. What does that mean? That’s part of the magic here. I can’t tell you. That’s too much detail nailed down. It’s not time for that yet. Keep your eyes open and ready to zoom out for the bigger picture. Take in the details when you toggle between micro and macro, because this will take you back and forth. That’s how you see the differences: in contrast.

The Moon starts out the week in Cancer, lighting up the Venus-Uranus opposition, all in cardinal signs. The Moon moves over its own north node. The jangle you feel draws you into your highest light. Unsettled? Sometimes being too comfortable blinds us to what we need to get the most out of life. So don’t fret if you feel it! Relax, it passes, opening us up to change.

By the end of the week, the Moon has passed through creative Leo (fun-fun!) and much of earthy, grounding Virgo. Friday brings a grand trine in earth with the Virgo Moon, Pluto, and retrograde Taurus Juno. It begins as Venus perfects its long-time-coming, final opposition to Uranus. What we want may not be coming in the form or shape we expected or wished for. However, we are in just the mood to embrace its new, paradigm-blowing form. It would have been mind-blowing in the past, but once we’ve got it, it seems just right – the perfect future form to bring satisfaction and match our future values.

If you’re not growing, you’re shrinking. These times come along to keep us engaged and engorged. Jupiter embodies that in consort with the Sun. Make this week about inflating the way you approach life. Don’t be fussed if you’re not jumping ahead at the rate you’d like. It’s coming. Plan for the life you’re moving into, even if you can’t see it yet. Open your senses to the bigger picture details that swing between macro and micro, past and future.

Also, people are going to talk on blast this week. There’s no need to pay too much attention to that. Observe for content. Is this the info you’re looking for? If not, smile and move on. Give people grace. When you got drunk and shouted, “I HAVE PENGUIN PANTS,” how grateful were you when people loved you anyway? Do that. The grace thing, not the pants thing. But if you do the pants thing, forgive yourself. It is what it is.

We will all observe or take part in some notable acts or spouting of hubris this week. Laughter is the best medicine for that, applied or taken. If we don’t enjoy the laughter, that’s a good indicator we should relax and attempt to view things differently.