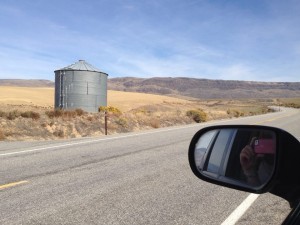 The Sun in early Sagittarius conjoins the south node and Vesta all week. On Wednesday, Mercury enters Sadge and takes a place in their pack, eventually overtaking them both by the end of the weekend.

American Thanksgiving pre-covid was completely eclipsed by its emergence as the opening bell for holiday shopping season. Last year there was weirdness and awkward planning. This year, there’s a possibility for something different from either. We get an amalgam of old and new, and the chance to take the best from the past and mold it into something worth taking into the future.
Retrograde Chiron closes its exact sextile to Saturn this week, exact on Friday. We’ve churned through our traditions under strange skies (Saturn square Uranus is the long haul transit) and found out what works and what doesn’t. Now is the time to take those personal preferences and create traditions that work for who we are now.

All week long, Mars in Scorpio heads into trine with Neptune in Pisces. By Thursday night, Capricorn Venus picks up the leading edge of a sextile with Neptune. Invisible hands guide and draw us into beneficial connections. The right road reveals itself as we take each step in fog. Keep going. Get into the flow.

Monday, Tuesday, and Wednesday morning, the Cancer Moon touches each of the week’s major aspects, bringing us back into contact with our emotional center surrounding family and nurturance. It sounds too simple, but we remember how we feel. That’s central to our growth between the eclipses.

The last thing the Cancer Moon does before moving to Leo is to trine Mercury in Scorpio. Then Mercury moves to Sadge… and the Moon moves as well. The Leo Moon trines Sagittarius Mercury. We get a chance to understand what we’re feeling. Again, simple. So important. It’s what we sense inside ourselves, it’s then what we sense outwardly. In quick succession, that’s the whole human experience, inside and out.

Sun and Moon. Ego and Emotion. The center of us, everything we are. Mercury in a Pluto ruled sign and Mercury in a Jupiter ruled sign – everything below to everything above and all in between. This is perspective. It is available, so please pick some up and take it in.

the Leo Moon moves through general opposition to the Aquarius placements of Saturn and Jupiter – expansion and contraction. The collective mirrors our personal journey. That’s not unusual, but it IS palpable and apparent. Wednesday afternoon through Friday evening, that Leo Moon challenges all the major players in turn. The mood enlivens our senses, and makes us stronger witnesses to our own needs and talents.

Later Friday night, the Moon moves to Mercury-ruled Virgo. It squares the close conjunction of Mercury, Sun, and Vesta. It’s a hard won discernment that brings us closer into making a philosophical about face for the betterment of our own lives as well as those around us. Stay or go, we take ourselves along.

Anywhere you go, there you are.