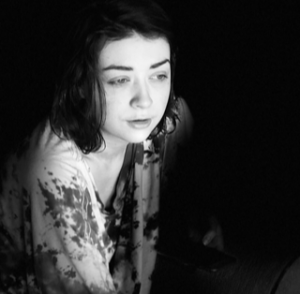 Monday the Sagittarius Moon trines Aries Mars (newly direct) and squares Pisces Neptune. It goes on to sextile Libra Venus. Mars, Neptune, and Venus transit signs they rule for enhanced control and connection. The Moon in Sadge is propelled, hoppy.

It’s tough to tell when you’re overdoing it and the rewards make that likely. The Scorpio Sun sextiles Capricorn Saturn, exact Wednesday night, a condition that aids in the upkeep of good boundaries. It also facilitates fully fleshing out the possibilities within those bounds.

Mercury in Scorpio continues in opposition to Uranus, exact overnight into Tuesday. With its final, post-retro opposition, Mercury has already turned up much enlightening evidence in the past week. Many questions can be put to rest, though more will be taken up.

We still have the chance to innovate for the good of all based on those insights. It’s still possible to have info drop, shock, or unsettle; but most is already in the bag. Attitudes are what’s likely to shift now, as is the ability to see things another way and improve on the usual.

Tuesday the Moon finishes in Sadge and drops into Capricorn. It squares Chiron, trines Uranus, and sextiles Mercury. Expect growing pains… but of the type overshadowed by excitement over our fresh horizons. The truth is the grounding of a jumping off point. When we push off, the ground pushes back.

Wednesday the Capricorn Moon squares Mars, sextiles Neptune, then conjoins Pluto and Jupiter overnight. That’s also when the Sun completes its sextile to Cap ruler Saturn. If you’re weary, just keep going. Don’t overdo though. Replace constrictive ideas of productivity with a larger narrative: the attitude of holistic empowerment. Self care is then part of the overall arc of productivity as well.

In effect all week, Venus makes its exact square to Saturn overnight into early Thursday. Thursday morning, the Capricorn Moon conjoins Saturn, sextiles the Sun, and squares Venus. We are on course and the benefits are in the works… but it’s not fully satisfying. Some bit or other is refusing to come along quietly. The only remedy is to keep at doing what you do, as far as you know what you’re doing. Stay the course and hold your boundaries. Stay pleasant and do the right thing. Persist nicely, even if it tastes bland.

Midway through the day, the Moon hits Aquarius and a sextile to Chiron. Things get interesting, not in the “I’M ON FIRE” way, more in an excited and distracting way. Look for the novel approach to improve yourself. Part of that is being honest about where and who you are, particularly in relation to the rest of humanity.

Friday, the Sun and Venus reach 29 degrees of Scorpio and Libra respectively. While we are aware of the depth, value, and limits of our current path and what we desire, the awareness itself can enhance our way forward. The Aquarius Moon squares Uranus and Mercury, so pay attention to the trickle of info or bursts of inspiration encountered.

By Friday night, the Moon sextiles Mars and it’s refreshing. The general mood finally facilitates forward motion and it feels so good.

Where did the new moon hit your chart, and how do you feel about it? As Venus moves into square with Saturn this week, are you aware of where your resources or desires are limited or limiting?