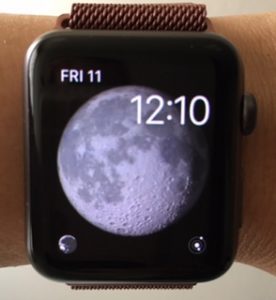 Monday through Thursday, we’re building into Friday morning’s full moon eclipse in Taurus. Each day has some juice it adds till we’ve got a pot full of flavor and variety, the culmination of not just days but months (maybe even years) of hoarded experience.

Early Monday, the Aries Moon squares Venus and quincunxes Aries ruler Mars. The mood is challenged, and that’s easy to see: We have the urge to move and make things happen, but Capricorn Venus is Saturn ruled and there are other issues we must address. Venus holds a long term sextile to Mars though, allowing us to gear down and grit our way out with minimum disruption to the tenor of the day.

This matters greatly as the midday Scorpio Sun squares Jupiter. In context, this brings us into the realm of “work smarter, not harder” because it’s the most efficient way to manage this energy. Some will spin out, some will shout. How do you deal with more than you can manage? Downsize, eradicate, or concentrate. What’s your personal philosophy? You may have to defend it to yourself.

Purge redundancy. If something has more than one purpose, perhaps it can replace the functions of something that doesn’t. The Sun also sextiles Pluto, exact midday Tuesday. If you’re open to the possibilities, they’re apparent.

Tuesday’s Aries Moon sextiles Jupiter then squares Pluto, mirroring the Sun’s aspects, rounding out the corners. Rely on a cardinal mood to rise and motor as you consider excess, function, and (going out on a limb here) sentimental attachment. Tuesday is the last day that Venus in Capricorn cover ground before it enters its retrograde shadow.

The rest of the year we’ll have Venus heading into territory it will track back over, or will be busy doing so. This continues into the next year. We’ll have plenty of time to consider Venus in Capricorn matters, our foundational desires for lasting pleasure, love, and safety. Our desire to earn and our wishes for solid and lasting love. We will work for love, work to make it real. And if what’s there isn’t real, well…

Wednesday morning, the Taurus Moon squares Saturn as Mercury in Scorpio heads into trine with Neptune (exact Thursday). The mood holds reticence and obligation, but the senses help carve out perspective and connection. Perhaps slowing down will help us to make sense of it all. Listen and take it all in.

Also Wednesday morning, Mars in Scorpio opposes Uranus in Taurus as the Moon in Taurus trines Venus, conjoins Uranus, then opposes Mars. Prepare to flip flop. What? Mercury in Scorpio is also in orb of square to Jupiter. The senses and mind click into flow with the divine at the same time they’re pushed into overdrive. When we’re sparked into motion, we may not be headed where we expected. But it IS the way we ultimately want to go. Need to go.

On Thursday, the Taurus Moon sextiles Neptune and opposes Mercury. It goes on to square Jupiter and opposes Pluto by evening. At the end of the night, Venus trines Uranus exactly. So near to the full moon there’s a soft, almost pleasant, but insistent appreciation for how far we’ve come and what we already have. In a snap, there’s a glimpse of its merit – and what’s next.

You feel it in your gut. You can appreciate what you have and still feel good about something else. That something else is something different, but it’s the same old, same old that got us here. We can hold both for a time, but something is finished.

Overnight, early Friday morning, the Taurus Moon opposes the Scorpio Sun – the full moon. It’s near to the early Gemini north node, an eclipse. It’s a fateful culmination indeed. Soon the nodes will change signs and the north node will be in Taurus. Now is the leading edge of news on deep change a coming.

Ask yourself what you want. Make a list, think about it from all sides. I suggest you write it down, and be prepared to change your mind later.

Friday evening the Moon moves to Gemini, travels over the north node, and trines Saturn. It also sextiles Chiron as Chiron sextiles Saturn. Sometimes we have to consider limitations, strictures, and solemn promises as learning experiences. Sometimes we’re meant to grow past something as it becomes the foundation for something else… in order to level up. The mood is curious, and FUN. The mature kind of fun but still a little silly. You can be mature and still have whimsy.

The full moon takes place at 27 degrees Taurus. Where is something culminating in your chart/life?