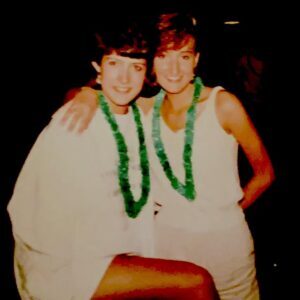 Venus is retrograde in Gemini. It heads back into aspect with Mars, this time a square. The Gemini Sun moves forward into square with Mars. Gemini Mercury, ruler of Gemini, moves through the end of the sign, quincunxing Jupiter and conjoining the north node. Minds, senses, and communications are on blast and highly relevant to the mode of the day.

We are rethinking and rehashing our values over the next several weeks. Relationships take some stutter steps (if they’re not already confused or missing) and our resources must be addressed differently.

This can seem stressful, particularly as Mercury accesses Jupiter in an unsatisfying approach angle. We raise as many concerns as we answer. It’s a time of exponential complication and bloviation.

Communications and cognitions give rise to Puckish interactions. Coyote time, pranked by the universe. But in the end it’s all in the spirit of improvement. The jokes of metaphor and history are serious business. Real fairy tales and ancient myths have some pretty deadly and bloody jokes or pranks. We clean them up so as not to frighten the children. The lesson is the same though. Take care, but internalize the improvements to access the growth.

Monday and Tuesday, the Moon moves through watery Cancer as Mercury-Jupiter rages in air and earth: a mind cyclone with MOOD implications. Monday there’s a mood to play along, but Tuesday things may feel a bit surreal – leading to pushback.

Wednesday that bluster recedes a bit, and the Moon moves to sunny Leo. The early mood is circumspect and of a more generous mindset in response. The Moon opposes Saturn, sextiles the Sun, and trines Chiron while perfecting a square to Uranus. Don’t pop off, hold the line – with style. Use your head and think your way through unknown but fortunate territory (Mercury conjunct north node).

Thursday, the Leo Moon sextiles Venus. It quincunxes Neptune then Pluto. Look for the opportunity to be generous, creative, and magnanimous, to shine. A sunny mood is magical and powerful when those attributes are used to gift others with pleasurable words and sensations or an invitation to play.

Late Thursday, the Leo Moon quincunxes Jupiter, and Mercury moves to Moon-ruled Cancer. The heart skips a beat and emotion shimmers. By Friday, the Moon hits earthy Virgo (Mercury-ruled), sextiling Mercury as both quincunx Saturn, a yod. Mercury and the Moon in mutual reception focus mind and emotion on the reality we all share. There’s a chance to get heart and mine in tune in such a way that we make the strictures work for us. Castles in the air.

Friday morning the Sun makes an exact sextile to Chiron (applying all week). We get more than one shot at getting straight with our path to personal growth and its authentic action on our sense of self.

Friday the Virgo Moon moves on into square with the Sun and a trine to Uranus. The Moon goes on to oppose Pisces Mars overnight. Though some may experience this as a feeling of opporession or a personal attack, there’s ease in moving our individual narrative into the realm of the future. There’s more than one way to get right with change and take control where it feels like there is none to be had. Actions may feel more symbolic than concrete. But the effect on the mood is stabilizing and concrete. This can be apparent, or it could take place subconsciously.

Venus moves back through Gemini into square with Mars as the Sun moves forward into that same square. Are you rethinking what you want, your values, your resources? Does it change how you see yourself and what you need to do going forward?