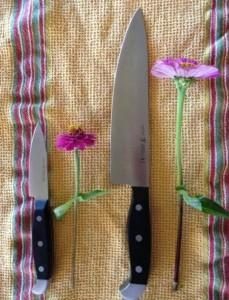 Early Monday, the Gemini Sun sextiles Jupiter in Aries as retrograde Mercury heads into sextile with Mars at 29 degrees Pisces, exact in the night. We’re still immersed in figuring out the old business as we lay down tracks for new territory. It’s less a crossroads and more body-doubling as we cover our bases and apply the finishing touch.

Do what you can, do your best. But know that nothing’s perfect and you land where you land.

Monday’s Pisces Moon sextiles Uranus, and the mood aids in materializing a shortcut out of thin air.

A little of that magic goes a long way as Venus sextiles Saturn and the Pisces Moon conjoins Neptune early Tuesday. It’s not fair and square, but it is fair and deserved. By midday, the Moon sextiles Pluto and Mercury (straddling their waxing trine). Extreme news drops, but it has old roots. With Venus approaching a square to Pluto, obsession is one flavor.

Tuesday night, the Moon moves to Aries, then Mars follows suit. It’s Mars-Moon-Jupiter then Mars-Jupiter-Moon, and the Moon goes on to sextile the Sun. We fire up physically, mentally, emotionally – we need to stretch our legs in GIANT STEPS.

Wednesday takes the Moon through the middle of Aries and a conjunction with Chiron. Mercury perfects its trine to Pluto. Mars moves in on Jupiter. The atmosphere is rash, but the mood is as seasoned as a Mars mood gets: We’ve been here before and we know better. Trust yourself, and use your hard-won talents.

A person can feel a bit too fluid with their mouth/pen through Wednesday, and words have power. Any detail you use as currency can also be used to manipulate or control you right back. Treat them accordingly, and listen more than you speak/write. The mood favors a strategic approach. Simple and clean.

On Thursday, the Aries Moon sextiles Saturn, conjoins Venus, and squares Pluto. Then Venus perfects its exact square to Pluto. Self interest speaks (and acts) loudest on Thursday, but results are best where self interest aligns with the greater good. Put that in your back pocket.

Also Thursday, Mercury picks up a budding sextile to Neptune and square to Saturn; both of which carry through the rest of its retro period. Don’t give away the plot, let it percolate. There’s more than what meets the eye, so give it a chance to materialize.

Friday, the Moon hits Taurus – a slow mood of quick desire. We want it NOW so we can luxuriate in it NOW. However, it’s just as likely that mood will pass. So take that opportunity to see what lingers and what is a passing fancy. The Taurus Moon conjoins Pallas Athena and sextiles Juno by night’s end. What lasts matters; it has ZING.

Expect overt action to pick up once Mars hits Aries and waxing conjunction to Jupiter. What house is Mars transiting in your chart?