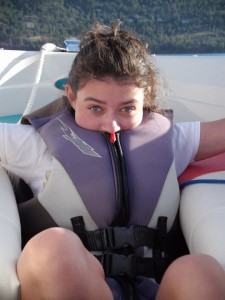 On Monday we start out with a Mercury-ruled Gemini Moon, airy! It passes over Mercury and the first decan of Gemini. It’s a rush! This rush is just gearing up as Venus moves from watery Pisces to fiery Aries, Mars ruled.

The mood is unbounded, and newly active desire takes off like a wildfire, fueled by speculation, chatter, attitudes that pop up to delight and inspire. Confusion dissipates and curiosity grows. We’re actively interested! And tongues will wag.

Venus in Aries picks up a sextile to Mercury, exact on Thursday. This sextile aids in narrowing our choices to “most clever” and “most actionable”. Melding them is FUN.

On Tuesday, the Gemini Moon squares Mars and sextiles Chiron in Aries. All the intention in the world won’t help you push a noodle. But learning from your mistakes will.

Jupiter perfects its long-running sextile to Pluto, now with Pluto retrograde. It caught up! Big changes catalyzed by Saturday’s new moon eclipse in Taurus begin to take shape. Sometimes it’s hard to see the forest for the trees. With Saturn approaching their midpoint, now is the time to look: bite sized pieces make the bigger picture.

Wednesday morning, the Gemini Moon trines Saturn then goes on to square Neptune and Jupiter. We’re interested in that fixed timeline, but some bits are still foggy. Also that morning, Mars in Pisces makes an exact sextile to Uranus in Venus-ruled Taurus.

With Venus moving to Aries, desire sparks action in a fresh, new way. Again with the timing thing, life has a chance to dazzle us with its sweet drops of sychronous reward. A chance you thought you missed? The fruit falls in your lap when you happen to sit under the “right” tree. But you’ve got a better chance if you’re on the move. Do the thing, buy the ticket, walk the route.

Later Wednesday, the Moon moves to Cancer, its own rule, and into square with Venus. Is the fruit not ripe? Give it time.

The Sun and Mars have moved together in sextile since the Sun hit Taurus, more than a week now. They continue through Saturday. Early on Thursday, the Sun conjoins and moves past Uranus. All week long, the mode of the day evokes novel action. Thursday night, it all comes together: a chance to make sense and draw more usable information as Mercury perfects that sextile to Venus.

Thursday’s Cancer Moon sextiles the Uranus-Sun conjunction and trines Mars. Listen to your heart? Yes. But take action on what feels right. BAM. On the spot. It sets a mood for divinely inspired action that will put you back on the rails.

On Friday, the Cancer Moon flows on through afternoon at which point it trines Neptune – a nod to the divine tide. It goes on to oppose Pluto and trine Jupiter overnight.

Something rocks the boat. Something must always rock the boat or we’d never go anywhere at all, and we’d never bother to become the people who have adventures, learn great things, and have big lives.