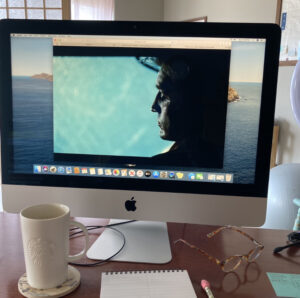 All week we’re building toward the new moon in Gemini. It’s especially important as the north node has just moved into Gemini. It’s at the for end at 29 while the new moon takes place at 2 degrees. But it is the intro to eclipse season which will be here in a hot minute along with Gemini season.

Monday and Tuesday, the Moon moves through Aries. Monday it sextiles Gemini Mercury and Venus, exact with Venus overnight. Tuesday, the Aries Moon squares Pluto then Jupiter. The collective mood is simple and active, but the effect can feel reckless as it picks up momentum.

Retrograde Venus moves back into square with Neptune, though it never pulled too far away in the first place. Values and resources are foggy, in flux, intangible, but we’re filled with imaginative impulses and a delicate aesthetic. The Moon touches highlights musing and dreaming that could wind up being quite useful. It may feel like there’s a rush when there’s not. Identify your needs and wants; the chase can come later.

Late Tuesday, the Moon moves to Taurus and a square to Saturn. The slow-down in the mood may feel abrupt if you’re not already decelerating.

Wednesday, The Taurus Moon sextiles Mars in Pisces and moves to conjoin Uranus.The Sun heads into the first degree of Gemini and Mars begins a sextile to Uranus in Taurus. Once in Gemini, the Sun trines Pallas and Saturn. NOW the ideas take shape in actionable form, all of a sudden. If you see an opportunity and it feels right, take it. The mode of the day stabilizes at the same time that the reasons for waiting become clear.

It likely won’t be the stable plan you expect, however. And how we proceed is also unexpected and the perceptions surrounding it may change. But the science is solid.

Wednesday afternoon, Venus makes its exact re-square to Neptune with Mercury in close proximity. They square again in late July at the same degree with Venus direct and Neptune retrograde. Pay attention to Venus matters at this time so you can compare notes later.

Thursday, the Taurus Moon sextiles Neptune and trines Pluto then Jupiter (overnight). It’s a great day to take advantage of a pleasurable option for enjoying the fruits of the day and any break you’re able to catch. The Sun’s trine to Saturn keeps us stable in the air. We may actually be getter somewhere even if the fact is not yet clear.

Early Friday morning, Mercury conjoins Venus exactly then squares Neptune. The Sun makes its exact trine to Saturn. Mercury benefits from the airy and sweet infusion of Venus-Neptune; yearning is felt in the senses, fleeting and carrying fragile memories, scents, and sounds. It may be difficult to separate what is current from what is tempting but an illusory enticement or airy metaphor.

Then the Moon moves to Gemini. It trines Pallas and moves into conjunction with the Sun, the new moon. It’s another beginning to our Moon cycle – in trine to Saturn and Pallas as ruler Mercury conjoins Venus and squares Neptune; as Mars sexiles Uranus. It’s tricky in the planning but perfectly timed in the execution.

As I thought of my impressions of this new moon, it was clear that in Gemini there is not just one way it can go. What is clear is the lack of clarity. I had a line from one of my movies pop into my head. I had to watch the movie (skip around in it) to figure out when it happened and who said it.

Firefly: Serentiy It’s a sci-fi western dripping with Venus-Neptune and action in space (Mars-Uranus). This movie comes after the culmination of an unexpected cancelation of a beloved cult series (like this new moon coming after a rough full moon in Scorpio?). It is also a stand-alone story in itself.

The spaceship pilot Wash: “We’re flying a lot blinder than usual here; we need to get our bearings. I think we need to talk to Mr. Universe.” . Captain Mal calls him up on the space radio and asks what’s going on, what has he heard as all their contacts have gone silent and they haven’t gotten any news. They’re afraid and shaken.
Mr. Universe: “Can’t stop the signal, Mal. Everything’s gotta go somewhere and I go everywhere.”

That’s this week, our process, our new moon.

We have a new lesson this week with this lunation, in air and in mutable flow. Aries Chiron sits between Mars and Uranus.

Malcolm Reynolds: Love. You can learn all the math in the ‘Verse, but you take a boat in the air that you don’t love, she’ll shake you off just as sure as the turning of the worlds. Love keeps her in the air when she oughta fall down, tells you she’s hurtin’ ‘fore she keens.”

What does this metaphor mean to you and your possible new moon experience? We are all connected by the same dream, but every dreamer is different.