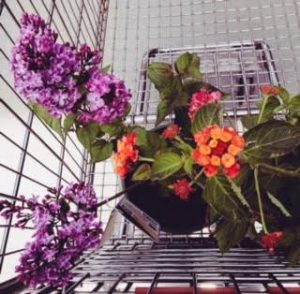 We start out the week on the heels of a wee hours, morning square of Taurus Mercury to Aquarius Mars. Most post-exact aspects are dry at this point, but Mercury square Mars packs a punch that reverberates. Actionable planning is active; thoughts race and the body reacts. We communicate. We go for it. In addition, both are set to change sign. With Mercury going first (Monday), a change can detected in the echo before there’s a tangible effect in action. Even then, Mars in Pisces may slip under the radar.

When Mercury hits Gemini, the data is split. On Thursday, Mars hits watery, Neptune-ruled Pisces and a theoretical effect is dispersed to the subconscious level. So the overall fallout is phased and acts as a backdrop to the week’s events.

What kind of backdrop? Planning and implementation is hard work. It’s made harder when the components are imprecise, leading to miscommunication or amended assigned meaning. If your brain continues to chew on something, eventually it breaks down. That can be helpful or not. But this shift promotes lost alignment which can have an effect on any shared reality. hared reality is on pause as Saturn begins its retrograde, also early Monday.

Don’t jump to conclusions this week. Mercury moves to Gemini and facts matter. Gemini facts are quick and airy, so ask again if you need to. The thing measured is only accurate for the time measured. Stay up to speed on the data. Keep measuring. Ask for confirmation.

Monday’s Saturn-ruled Capricorn Moon sextiles Neptune, trines the Sun, and conjoins Pluto by the end of the night. After the weekend’s energetic, fiery Sadge mood, this Capricorn mood settles the weather into a solid base with access to whimsy and depth.

Mercury moves into trine with Saturn, exact on Tuesday. A new Mercury-Saturn influence tethers a flighty thought process and improves the veracity of the results. This is a great time to make plans and solidify your thoughts on an important matter. Communications are light and interesting, not boring, but also more inclined to follow lines of substance. Float out multiple options and see what sticks before nailing anything down.

Tuesday the Moon continues in Capricorn through morning, conjoining Jupiter for a mood to broadcast. Firm but bright. Once in Aquarius, the Moon lights up the Saturn-Mercury trine with the Moon going on to square Uranus and sextile Chiron.

Gemini Mercury brings leaps and dips to the mind and senses as we encounter some non-routine turbulence. Whatever we encounter can be catalogued, figured out, and shared. This week we get an opportunity to learn and grow as Mercury sextiles Chiron on Friday. In the short term, anxiety is likely, but it’s manageable, another growth opportunity.

Tuesday afternoon, Mars moves from Aquarius to Pisces. Mars in watery, mutable Pisces is a collective animus less open to direct assertiveness and more inclined to work inductively or passively behind the scenes, effectively invisible (invisibly effective). Spiritual work or aligning with a muse are also indicated.

Overnight Tuesday/Wednesday, Gemini Venus begins its retrograde period. Over the last several weeks, Venus chased a trine to Mars and made an exact square to Neptune. We had longing but were able to meet our needs for pleasure fairly readily. Now action is foggy and Venus heads back into square with Neptune – Mars’ new sign ruler. Adjustments to how we’re getting those desires met are likely. That doesn’t have to be difficult, but it may require a new mindset and currying favor for another plan.

Wednesday’s Aquarius Moon trines Venus. One good option is exploring less close up and personal ways to get those needs met. Sublimated drives can do some real good personally and collectively when we learn to get pleasure from friendship and community instead of sole reliance on an intimate partner. Something with batteries will also serve.

Thursday the Aquarius Moon squares the Taurus Sun and we take stock between the full and new moons. At the end of the day, the Moon moves to Pisces and a conjunction to Mars. An impulse to act on feeling is particularly likely as this is an ocean of emotion affecting the whole body. Emotional sensitivity is high, deep, and all encompassing, felt in the body.

Early Friday, the Sun closes its exact trine to Pluto, making this whole week a power path. The intensity peaks as the last day of the week begins. With the Sun in Taurus and Pluto in Capricorn, the power of will and self interest is available to further both personal and foundational aims. Safety goals are among those. Security, desire, and values also figure in.

Friday morning the Pisces Moon squares Mercury and sextiles Uranus as Mercury exactly sextiles Chiron. Ideally we’ve trained up over the week and arrive in ideal position to access the fruits of our planning. As always, plans themselves may lose their timely value; it’s the process of planning itself that is essential.

Venus stations and turns retrograde on Tuesday/Wednesday at 21 degrees. Where does it hit your chart?