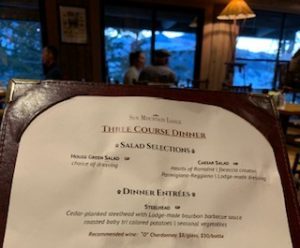 Even though the Sun and Chiron have moved forward into Aries, this week we still have a great deal of movement in Pisces. Retrograde Mercury holds its conjunction to Pisces ruler Neptune all week.

The conjunction is waning as Venus enters Pisces on Tuesday. On Thursday, Mercury stations direct, heading back into waxing conjunction with Neptune.

Sweet, sweet desire is back and it is tempting. We have to rethink everything! Even rethink the rethinking! Anything can happen now. It’s burbling and flowing behind the scenes.

Monday the Sagittarius Moon trines Chiron and the Sun and the mood picks up speed and motion. It is “orienting” as opposed to disorienting. The Mercury-Neptune influence brings haze. The mood is a forward lift.

Late Monday through early Tuesday, the Moon continues along in Sadge and into square with the Mercury Neptune conjunction. After Venus slides into Pisces, the Moon moves over Jupiter. The aesthetic shifts as the mood is inflated. Be gracious and accommodating in your desires and optimistically hopeful in taking a longer tack in getting your needs met. Expect misunderstandings or mistakes and be forgiving as you laugh it off and put everyone, including yourself, at ease.

We’re not going for results but for connection. Connection comes first, then maybe we see some movement in what we want.

In moving to Pisces, Venus makes a sextile to Uranus in Taurus (Venus-ruled). Soften your approach, but do so in a socially aware way. When you bow (metaphorically), do so as an equal. There is no hierarchy in forward-dealing connection. Put yourself on an even pitch with others. It opens doors in a modern economy of values. Assume people are happy to pay you what you are worth. No one needs to be one-down or demeaned. Mutual benefit is possible and necessary.

On Wednesday, the Moon finishes up in Sadge and moves on to Capricorn. It sextiles Venus and trines Uranus. The mood is ripe to move forward with this egalitarian deal-making. Capitalize on an even keeled temperament bringing a pleasant shot at something new.

The Moon squares the Sun and Chiron. Remember in your dealings to put forth your authentic self. It is uncomfortable sometimes, but in the long run it’s much better for self esteem.

Venus sextile Uranus remains in effect all week. We want something different. We’re drawing it in. Pull in the WEIRD and WONDERFUL. Open yourself up to inspiration without having to pinpoint where it’s coming from. Open up, even if it ZINGS. In NO WAY do we want to be bored. There’s an opportunity to engage and jump tracks; open up.

Thursday, the Capricorn Moon sextiles Mercury and Neptune as Mercury stations direct. We’ve settled down and are ready to take the news as it comes. Or not. Sometimes it just filters in, invisibly, silently. In any case, it suits the mood. It’s not a pop; it’s a shhhhhhhh. Or perhaps it’s a slowly mounting, resonating rumble – one you notice over time, subtly as it builds.

The Moon conjoins Saturn then Pluto, perfecting with Pluto overnight into Friday. Serious and powerful is sexy too. It gives us ideas. The Moon traveling from Saturn to Pluto foreshadows a future Saturn-Pluto conjunction. There’s gravity and intensity in the mood. Notice how it feels.

Friday night, the Moon moves to Aquarius with a square to Uranus and a sextile to Chiron. We are learning the pace of a new kind of change. Don’t judge yourself or others harshly… for anything. Give yourself and others time to find a groove. Chill out. It feels pretty good.