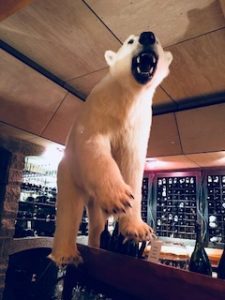 It doesn’t have to be. It can also be a Venus-Pluto desire so deep and entrenched that when Venus aspects Saturn, it finally comes to fruition. Every stalker thinks that will be their outcome, but I’m not talking about stalkers. Sometimes people weather unreasonable trials before they get what they want. Their purity pays off. Sometimes people maintain their purity of desire and it still doesn’t pay off.

All you can count on with Venus square Saturn is desire complicated by blockage over time. The outcome will depend on how those placements sit with your chart. Venus in Aries with the other two in Capricorn make the square cardinal, controlling and an agent of change. In general and in particular with Saturn in Capricorn, purity and righteousness matter. Do the right thing. That’s a pretty good spot to frequent regardless.

Mars is also in Capricorn, moving up on Jupiter in the sign. Doing the right thing might not pay off today or tomorrow or soon, but it will pay off in time.

Early Wednesday, retrograde Mercury moves from Pisces back to Aquarius. Aquarius Mercury sextiles Aries Venus, both at 29 degrees. This holds till evening when Venus moves to Taurus, one of the two signs it rules. Mercury’s retrograde in Pisces has been fraught with confusion and obscured information. This shift of Venus and Mercury as they hold an aspect of opportunity is like a holiday cracker of goodies. Something is about to pop and drop, but you never can tell what that will be. It could be delightful or shocking, or both. Even the shocking may be delicious.

Whatever drops may not be the final word on the subject, but it should be something novel to chew on. Coming on the heels of Venus-Saturn, it could bring a consolation prize or unexpected perspective that ends up being quite satisfying. On Tuesday night, the Moon aspects the Venus-Saturn square, then moves to Cancer. Wednesday the Cancer Moon moves into opposition to Mars and trine to the Pisces Sun, carrying the emotional impact as impetus to movement and motion in daily life. People may need help, and helping is satisfying.

Mercury retrograde at the end of Aquarius separates from Venus at the beginning of Taurus. Forward thinking arrives in broader strokes and outside the norm while the desire quotient favors seeking material comfort and the status quo.

The Moon continues in Cancer through Thursday night, opposing Jupiter-Pluto-Saturn and trining Neptune. The mood is strong, but outside influences have an impact. Grace is your best support. Considering the mechanism of the self-fulfilling prophecy, why not try belief? Give it time and things tend to work out. Stress and leaning in to stress is a known component to things not working out as well as they could. So believe, hope. Trust. It satisfies.

Friday, the details are hanging in the air, but a Leo Moon brings out the sunshine. Initially the Moon squares Venus and Uranus, but it also trines Chiron before shining out into the expanse of the day. Get creative with how you approach the day. A good mood can be put on like a sweater. Sometimes it can. It’s a good play to do it when you’re able. If you can’t manage it completely, you’ll still benefit from being generous with yourself. It is YOU you’re putting on a sunny mood for. This Moon makes people want to want to play, even if a few rough edges intrude.

Where are Venus and Mercury transiting and changing sign in your chart?