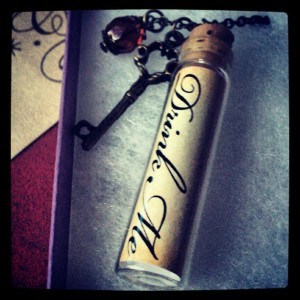 The zodiac is going FULL PISCES this week as Mercury heads into Pisces on Monday and the Sun hits 29 degrees on Friday. Mercury in Pisces softens communications in the short term, and the senses pick up signals from beyond the ordinary realm.

On Tuesday, the Pisces Sun forms its exact sextile to Pluto, the peak of an intense bit of self-focus. It’s not the same as an “aha” moment, but it delivers a gut-punch of purpose. It’s one of those times when you’re hit with what’s “right” for you… and what is not.

Wednesday, Mars in Gemini comes along with a follow up sextile to Chiron in Aries. Where the Sun-Pluto contact brought new directives, Mars and Chiron test and improve. Move in the right direction. Move in any direction and you’ll get a feel for where to investigate next. Does it seem authentic to who you are?

Much of life is just eliminating what doesn’t work so you can pursue what ultimately will.

Wednesday night, Mercury conjoins Pallas Athena. All week we have the benefit of increased sensitivity to what’s really going on behind the scenes… behind the scenes of our own behavior as well. If you need to put two and two together, now is the time to start adding.

Midday Thursday, Venus in Pisces makes its exact sextile to Pluto. Venus has been moving closer into conjunction with the Sun and will continue to do so when both move to Aries. While both tour the end of Pisces, Venus’ sextile to Pluto enables us in not throwing out the baby with the bathwater. That is to say – we can subtract what we need to without drama, without losing the gift of what something meant to us.

In fact, it aids in keeping the sweet center of what is otherwise dead. Sometimes that can help us kindle something better later, even in the same spot. Or now. That’s possible too. It’s the green-wood in the center of what looks like a dead branch. We can carry it with us as we go or find a little miracle among the ashes.

On Friday, Mercury moves into orb of sextile to Uranus and square to Mars. Mars itself continues to move closer into trine with Saturn. We start to get some electric connections from all the swirling, foggy input we’ve cultivated over the course of the week. Now it’s aha time. Perhaps a softer aha than in other signs.

Be aware it may not be time to broadcast those ahas just yet… they’re still cooking. If you want to increase the output of aha moments, do some work while you’re thinking. It not only amps up the action, it increases the rate at which we process our thoughts and senses.

Communications start to pop as well, but don’t expect every interaction to be clear. Give that some time as well. If you’re irritated or confused, take a break or take a walk. Or both. Or bake a pie!