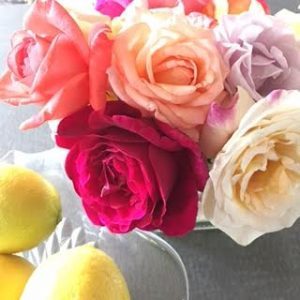 On Monday, the Pisces Moon tours the last ten degrees of the zodiac, conjoining Pisces ruler Neptune, sextiling Venus and Pluto. It then squares the 29 degree Gemini Sun. That’s a lot. But it feels even more “a lot” because it’s so amorphous.

The mood centers a desire to solidify the intangible, something that calls without words. It feels good to acknowledge that, to try; but it doesn’t have to have a cohesive outcome or accounting to satisfy that itch. Just letting the feelings find their own level, even if they don’t ultimately make sense, is enough.

You can feel more than one way about something too. That’s the most confusing part. It’s okay to just let that exist without choosing.

Early Tuesday, Venus perfects a trine to Pluto; the Sun moves to Cancer, and the Moon hits Aries. While our feelings can ride the wave of fire, our desires find tangible release: intensity and power. The Sun in Cancer is summer, beginning, bringing the heat of creation to the water. What we want most, we begin to find a way to fertilize, to gestate, to (eventually) birth. We begin to begin.

Tuesday’s Aries Moon conjoins Jupiter, sextiles Gemini Mercury, and goes on to conjoin Chiron overnight. It’s a big mood for action but one that takes in multiple paths. It’s GO GO GO, but smarts and luck combine to make the most of it all. And it is ALSO a lot. But it’s satisfying to TRY. It hasn’t felt like our trying made sense lately, and this does.

Wednesday morning, the Aries Moon conjoins ruler Mars and sextiles Mercury. It’s an up and at ’em morning with a new cardinal atmosphere. While things may not come together today, the plans can. When you’re in the mood to do, the planning is simpler. And we finally see a clear path ahead, or the possibilities for a likely road up, out, and on.

The Aries Moon sextiles Saturn as Venus moves from Taurus to Gemini. The Moon goes on to square Pluto overnight as Mars begins a sextile to Saturn and square to Pluto. There’s more than one way to get what you want. We can downshift and take our time, slower speed – greater grit. We can also find more than one possible prize, doubling our chances to “make it”.

Thursday the Moon moves to Venus-ruled Taurus and a sextile to the Cancer Sun. It also sextiles Vesta in Pisces. There are more avenues to success when we open up our definition of what success is. Get creative!

Friday’s Taurus Moon mood allows us to take the time to stop and taste the roses. Smell the roses. Hear the roses whisper in the wind. By afternoon it conjoins Uranus and the roses get freaky. Or perhaps we appreciate a new type of rose and see roses everywhere we turn.