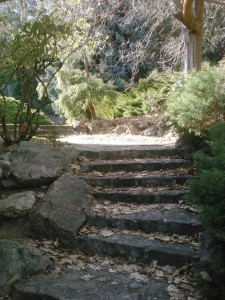 Monday morning the Moon moves to egalitarian Aquarius and a sextile to active Aries Mars. That’s jet fuel, and it satisfies. Do for others, do for yourself. Do WITH others or jet out on your own and blaze your own trail.

The Moon goes on to trine Venus for a bit of sweet, airy interest that leads to pleasure. It sextiles Chiron, trines Juno, and squares Uranus by the end of the day. Issues arise, but we’re in the mood to take them on and make something valuable out of the mess.

Retrograde Cancer Mercury moves closer into square with Mars (exact early Wednesday), so the eclipse chickens will come home to roost and we’re sure to hear about it this week. With Mercury square Mars in cardinal water and fire, emotional expression pairs with emphatic action. There’s a struggle for control (perhaps warring areas within oneself) and speed increases the likelihood of damage. Watch your hands and toes and face!

Tuesday, the Aquarius Moon makes a quincunx to the Cancer Sun, and that’s it for aspects till the Moon hits Pisces on Wednesday. That quincunx is an awkward handshake as we process. Wednesday morning, Mercury makes its exact square to Mars under a void of course Moon. Slow down and check your mirrors.

By afternoon the Moon moves to Pisces and into trine with Mercury. The waters – the heart, the mind… converge and form one larger river. While Mars still juts out like a sore thumb, it’s easier to flow around. The added ease and ability to smooth over objections make the hard angles of mind and matter a less daunting proposition. Whatever we choose to do can be far more fun. Connectedness greases those skids.

Thursday morning, Venus makes its exact sextile to Chiron. It’s a second pass and this one is for keeps. Look for some revelation that leads to an upgrade to your values, love, or wealth. There’s a brass ring and it’s right down low to grab. Maybe two!

Thursday morning’s Pisces Moon squares Venus and moves to trine the Sun by nighttime. The Sun moves closer into trine with Neptune and opposition to Jupiter. Don’t overlook a flaw or problem just because it’s expedient. Now is the time to agitate for as close to perfection as you can get. Don’t pass up a good deal, but don’t overpay either. Ask for the accommodations you need. Think about it… nothing’s perfect, but get as close as you can. You get closer by asking for what you want and need – split the difference if necessary.

Mars is moving in sextile to Venus, and Venus heads into trine with Juno. Angle yourself into position so when the good bits hit you can lock it down. Jupiter in sextile to Neptune brings morphing fortune. Plenty more is possible than you think.

Friday morning the Pisces Moon passes over Neptune. It then heads into sextile with Jupiter, Pluto, and Saturn in Capricorn. While action doesn’t cease and everything is still a bit hazy or confused, there’s a chance to slip into a higher octave of compassion and connection. It’s an emotional leveling up that brings meaning and gravity to the intensity of our global moment.

Are you feeling the effects of Saturday night’s full moon?