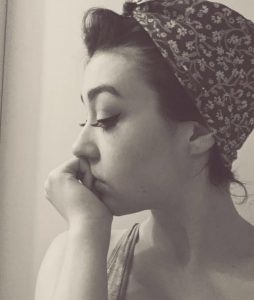 We spend the week in build up to a new new moon conjunction in Cancer. Venus is out ahead, one sign ahead to be exact, brightening Leo and sidling up to Mars. Venus brings value and pleasure to last week’s Mars-Uranus-Saturn t-square. Venus is touring the facility and picking up slack in a short skirt with loooooong jacket. Crisp… but sunny.

Monday the Sun in Cancer sextiles Chiron. Then Mercury closes its much martyred square to Neptune overnight into Tuesday. Whatever details were lagging hit their expiration date, but even not knowing can tell you something. If you still uncertain or confused, let it slide into the background. We get a chance to fall in step with what is REAL. Did you make mistakes or interpret things a bit off kilter? Good! That’s how we learn and grow. Now make something with what’s left, with what remains and fits the build.

Venus makes its exact opposition to Saturn late Tuesday night, trines Chiron on Wednesday, and squares Uranus on Thursday. Remember how we’re learning? Taking up what we’ve learned or earned, we’re able to spin our experiences into gold. BUT, this is the spinning part, the part where we experiment and practice, try things out or on.

In time we’ll make the moves that win the rewards. For now, incorporate humble experimentation with dogged invention. Take pride in your vision for the future. Find your fun in the process, though the process may include some pitfalls. Mazes can be fun, particularly if you approach them with fun in mind.

Venus applies into conjunction with Mars for another week, and they travel together to the end of the sign for a week after that. This is peak creativity time as we go forward with Friday’s new Cancer Moon-Sun conjunction.

On Friday, the Moon sucks up Venus-ruled Taurus charge with a sextile to Uranus and brings that energy into its new moon new start. The Sun and Moon blend their energies for a cardinal commitment to something grand, a beginning that satisfies. All that energy of hard corners, rough edges, and false starts creates a fine battery to run a stout project on fresh terms.

Both the Moon and Sun’s next exact aspect will be a trine to Neptune: divinely inspired, spiritually connected. Each goes on to oppose Pluto. Do you need to pull a phoenix move? The power is there, but don’t expect universal agreement from everyone in your life. Avoid setting yourself up for opposition. Don’t overshare indiscriminately, but do pay attention to which people believe in you and have your back.

Take in as much detail as you can, but be mindful where you share your observations. Experiment and play with the variables. Things are getting interesting.

The new moon takes place at 18 degrees Cancer. Where does this hit your chart? Where are you putting use to all this creative energy in Cancer and Leo?