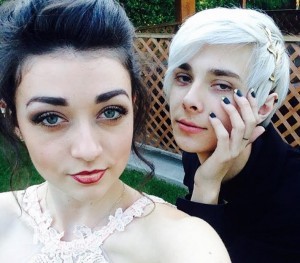 This week the Moon moves through Scorpio, Sagittarius, and Capricorn with strong Mercury, Venus, and Mars aspects peaking. In addition to the pop of personal planets, we start out the week with slower moving Neptune and Jupiter closing another sextile with both retrograde.

Jupiter is big and loud and brings us travel and a larger story arc. It’s fortune and fame and grandiosity. It also shows up in broadcasting and teaching with a tie in to philosophy and wisdom. Neptune is magic, mist, silent connection, hidden elements, mysticism, madness, and addiction. It covers divinity and whatever lies beyond the veil unknown.

These two in an aspect of opportunity while both unwind in repose gives us a chance to blur and remake connections to a larger narrative. We can manifest fortune, likely through indirect means. Belief and faith matter here, but a good outcome also relies on boldly turning away from fooling yourself.

First thing Monday, this aspect is exact. It won’t be exact again till Jupiter is direct and heads back into aspect in October. We’re in the middle part of the story now. Take note of what chapter you might be living and grab some plot goodies.

A few hours later, Venus perfects its square to Neptune and divine dissatisfaction peaks. Bittersweet longing and a choice that seems to have no perfect outcome often goes along with the progression of a story. Remember, longing is not loneliness. Listen to what the longing tells you.

Speaking of what it tells you, by afternoon, Mercury in Cancer completes its exact square to Aries Mars. Mercury in Cancer takes the mind and senses deep into emotional territory. It’s the sensory information that has a line straight into your gut. Oof. This includes whipping yourself up mentally and communicating emotionally. It’s at cross purpose with clean, simple action. It will be nice to have this influence behind us. While great for a story, it also brings tumult. However, if you look back, you can probably find the silver lining this week. It’s funny how rough times leave behind something precious in their wake.

On Monday, Venus perfects a quincunx to Jupiter bringing wisdom or profit in a round-about way – or possibly extracting the same. In either case, there’s a chance to benefit over time (from Gemini to Capricorn).

That’s a lot for a Monday. Monday and Tuesday the Moon moves through Scorpio, so the mood can take and hold space for the depth of change.

Wednesday and Thursday, the Moon in Jupiter-ruled Sagittarius brings us into ease and FUN with the fiery Leo Sun. It also takes a playful run at Mars and Venus, so make time for warmth and creative generosity.

On Thursday, the Sadge Moon quincunxes Mercury as Venus quincunxes Pluto. The Moon opposes Venus as Mercury moves into opposition with Jupiter. Now may be when many start to FEEL the effects of Monday’s big round of motion. Communications, sensory input, desires, and values run up against powerful pushback or intense change… and there can be a big impulse in the gut to flee or jet out to something new.

The waning aspect of Venus to Neptune is kicked up by Thursday morning’s trine of Mercury to Neptune and Mercury’s opposition to Jupiter (and widely Pluto). What do you want that you’re not getting? A genuine connection may be missing. You can’t transform others, only yourself. Do you have an attraction to something that’s not really there in the form you desire? Could you be attracted to the illusion/illusive form rather than facing transforming your own thoughts and desire nature?

This warrants deep communication and investing in working this out intellectually when you’d rather jump to something else. A change in thinking and attitude can result in a change in the gut response and the ability to be satisfied with your life.

It’s a time for powerful reflection, particularly if you can find someone to bounce it off.

You may find some people sauntering back into your Frame of vision as this occurs. They will definitely be reflections of the changes you wish to make. That doesn’t characterize their intent or value, but be aware of what YOUR intent is and what YOU value.

Friday the Moon in Capricorn quincunxes the Sun, squares Chiron, and trines Uranus. The Sun trines Chiron and moves into square with Uranus. Change is intense, but when we take it seriously the mood will carry us through the challenges to produce dividends. Don’t get down on yourself; the feelings are transitory.

Friday night into Saturday morning, Mercury makes its exact opposition to Pluto (ramping up all week). This is entrenched and codified power staring down your own personal and emotional intellect. That Cap Moon mood can help to settle us and bring balance in an imbalance of power situation. Your observations and senses are just as keen as those in power. It doesn’t have to be a fight. Use your words; slow down and calm your gut so you can access your own internal expert. Compromise is good when it’s not forced. You are an expert on YOU. Use the challenge to create deep structural alchemy.

Attitudes can and should change with new information. This is how we can fine tune our ability to be satisfied. Right now it’s through facts and the mind. Listen, truly listen; ask questions but genuinely listen to the answers and internalize verifiable information.