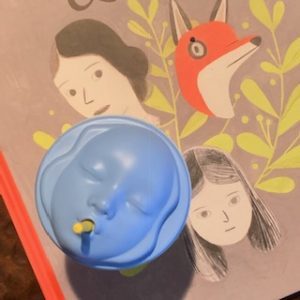 On Monday, the Pisces Moon opposes Venus in Virgo and goes on to sextile Uranus in Taurus. Tuesday, the Moon continues on through Pisces, ending with a sextile to Pluto. With Mercury at the end of Cancer, the mood influences our thinking and what we desire is of paramount concern.

We want something, but we may not be entirely clear about what that is. OR, we may know what we want, but what we want has not presented itself in the form we formerly decided on or expected. SO, don’t settle.

Monday and Tuesday it’s easy to convince ourself about all the good attributes of the possibilities that are currently available. They DO have merit, and that’s not to say they’re the wrong choice. But here’s the thing: it may not be the right time yet. If you HAVE to choose, that’s fine, then timing is what it is… and you may be on to something that fits your chart just right.

However, larger movements in the collective are still shifting and changing.

Tuesday evening, Mercury moves to Leo, Sun-ruled and applying into conjunction with the Sun. The Sun is heading into opposition to Saturn, and so does Mercury. Our opinions and the way we assess information are fiery and creative, but they’re also unipolar in their egotism. We may fail to assess the genuine downsides to any given choice.

There’s resistance to our perfect solution! We must convince everyone! No, probably not. What we could do is give the situation and the possibilities time to mature and shake down. Venus is moving toward a trine to Uranus and there are all sorts of twists that naturally tune up the likelihood of improving our options and the outcomes. There are more and different options not yet in attendance.

Early Wednesday, retrograde Jupiter heads back into the last degree of Aquarius and opposes Mars at the end of Leo (exact Thursday morning). Take care of the bits you’ve already started and finish up projects where you’ve already nailed down the purpose and premise.

Wednesday’s Moon in Aries trines Leo Mercury then the Sun, and goes on to sextile Saturn. There’s plenty of physical and mental energy to bat cleanup and finish in time to celebrate.

Thursday morning the Moon conjoins Chiron then squares Pluto. It’s an unsettling mood, but there’s something to get out of it. Look for that as Mars makes its exact opposition to Jupiter at 29 degrees. We want to act, and action is linked to a philosophical bind we’re currently in. Again: something to learn, and we feel it taking shape.

As the Moon builds its square to Pluto, Mars heads into Virgo to join Venus. The Aries Moon is ruled by Mars, Mars in Virgo is ruled by Mercury, and Mercury is involved in that applying conjunction to the Sun (its sign ruler in Leo). Both Mercury and the Sun oppose Saturn, ongoing into the weekend.

Work smarter. Keep your eyes (ears, nose, touch, taste) on the prize and don’t let ego drive you into acting prematurely… before all the options are IN. There’s a lot in flux. When you know something is right, it’s right. If you’re not sure, let it ride and keep experimenting with the options. Creativity is high, so you want to give yourself all the time you need to let it unfold.

But again, if you’re struck by the lightning of the situation and something you know is right comes around – you’ll have the right decision loaded to go. Never say never, always say maybe, sometimes advice is its opposite. What did you expect a Pisces to say?

The resistance and tension in our planning and center stage machinations are palpable. Oh the drama! It’s healthy drama. It’s driving the process. We’ll master the resistance or more likely use that stability to relax as we master our perception of the options. Take your time, there’s no rush. Know you’ve got this and relax and things will go faster. Help others with their resistance and your own will unknot as well. Many hands make light work.

Resistance in this sense is like a watched pot that never boils, or your own self doubt that holds you back.

Friday morning, the Aries Moon sextiles 29 degree Aquarius Jupiter. Friday afternoon the Moon moves to Taurus and a trine to Mars. All day it feels good to move your body, to take care of regular old business, and to help. Early on we get a chance to boost our rockets, and the pleasure seeking Moon of Taurus takes over for a pleasant ride.

This is a week full of excitement, action, and fun. It’s also possible to find yourself mulling over a lot of new information. The best advice I can give is don’t sweat it. The tension is built in, but don’t let your time-pressed ego do the driving. You’re royal this week. You’ve got this, so relax and you’ll make better decisions with more precise actions.