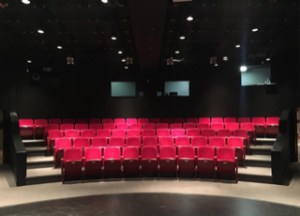 On the heels of a GREAT weekend, Mars and Mercury close in on a fixed square with Uranus in Taurus. With Uranus tightly conjunct the north node, we’re in for surprise fireworks on anything we try to shove back into its neat, little box. It won’t go, and that’s absolutely for the best.

Mercury in Leo heads from square to Mars (exact Tuesday) to square to Uranus (exact immediately after Thursday’s new moon). Mars moves to conjoin Uranus and the north node (exact next week). We aim to move fast on something, but Taurus Mars is more slow and steady. Oh it has the ability, the strength; it just doesn’t want to. But then – it could surprise us. And it probably will. In a flash.

What would Taurus Mars do for a Klondike Bar? To look good on stage? To gain raves and admiring assessments? Leo Mercury has just the script!

Is it a slow-motion FLASH BANG? A surprise performance… a star is born.

Monday’s Gemini Moon morning gives way to a Cancer Moon afternoon. An early quincunx to Pluto puts the mood on precarious but powerful balance – if you’re paying attention and hold your breath. Late in the night, the Moon squares Jupiter – BIG feels.

Tuesday, the Cancer Moon moves out of its intense square to Jupiter and into the soft arms of Venus. From there it sextiles Mars and goes on to sextile Uranus overnight. The mood is full of desire and propels a rush toward favorable and uniquely fated action.

On Wednesday, Mercury trines Chiron and all your practice pays off, mistakes and errors too. Experience rules, particularly if that experience cost you… dearly. Say the thing you need to say, however dramatic it might sound.

The Cancer Moon trines Neptune and opposes Pluto: glimmers of glamour or bittersweet angst, a hangover from that last full moon? Possible. Also possible is a shimmer that lands the thing in happy ending territory.

“The past is never dead. It’s not even past. All of us labor in webs spun long before we were born, webs of heredity and environment, of desire and consequence, of history and eternity. Haunted by wrong turns and roads not taken, we pursue images perceived as new but whose providence dates to the dim dramas of childhood, which are themselves but ripples of consequence echoing down the generations. The quotidian demands of life distract from this resonance of images and events, but some of us feel it always.”
–William Faulkner

The dark of the Moon.

On Thursday, the Moon moves to sunny Leo, its first aspect a conjunction to the Sun: the new moon. That tight square to Uranus – dragging along Mars – also calls Saturn into the fray. Change, lightning change to the foundation, is laid bare in action, in planning, in the plot. And oh so fated.

But yet we SHINE! Sing out! Make your voice heard and your actions known. Experience is baked in, however novel the venture.

The Moon and Sun also trine Jupiter. This long arc of fiery fortune bends toward a new model of thought, a greater purpose, and ultimately freedom. That’s a big promise; perhaps that Mars-Mercury challenge is to live up to it in thought, word, and deed.

Friday the Leo Moon trines Chiron, squares Mars and Uranus, conjoins Mercury, then opposes Saturn. Tying it all together is either a burden or a grand responsibility. It’s both, but how you feel about it says a lot about who you are, where you are, where you know you need to measure up. You’ll feel it.

The new moon takes place at 5 Leo. Where does that fit in your chart? What grand, new enterprise launches for you this week?