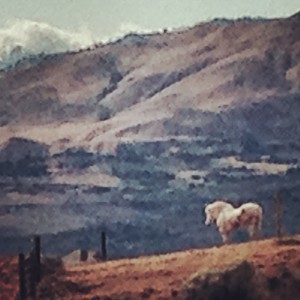 Mercury in Cancer is moving forward slowly, back to actively square Chiron and Mars in Aries. Retrograde Chiron and direct Mars conjoin and cross on Tuesday, Mars going forward and Chiron heading back. Mars has chased and will continue to chase a sextile to Venus in Gemini.

Everyone always asks when it’s safe to sign papers and start making plans after Mercury retrograde. There’s not a great answer for that ever. Whenever you need to is the broadest, most graceful message. When Mercury has moved a bit and picks up speed is a better one. Thursday? Later if you can? The real juice is that with Mercury moving in square to Chiron and Mars, whatever we do is less than ideal as it works at cross purposes to ease. Discomfort can be part of this, but we can learn from it.

We’re likely to be rushed by others as the Sun moves into opposition with Jupiter (Monday night) and the power moves out of our hands with an opposition to Pluto (Wednesday).

Plans are likely to demand action quickly with Mars-Mercury. We also have experience at starting imperfectly and figuring it out as we go (when you add in Chiron). Check in with your heart and make clean cuts. Scars are tough and we’ll get there eventually.

Venus sextile Mars from a Mercury ruled sign breathes in options that fuel the fire and grease the wheels. Things probably won’t go smoothly but may go better than expected. Find a groove and follow.

Monday morning the Aries Moon squares Saturn. That’s impediment to a mood to move and do. It can also slow us down enough to allow us to fine-tune our actions. By afternoon the Moon moves to earthy Taurus and a sextile to Mercury. It’s a chance to relax into the uncorked flow of sensory information and communications. It may just be a trickle, but it satisfies.

Tuesday’s Taurus Moon rolls over Uranus. Enlivening. In any other sign I’d say a mood to experiment. Maybe experiment with pastries. It brings some juice to a pleasure-seeking mood. Experiment with what feels good, something fresh. Something fresh satisfies in thinking globally as well.

Wednesday the Taurus Moon sextiles Neptune, trines Jupiter and Pluto, then sextiles the Sun. Check in with your sense of self. That’s been a bit melty and confused for most lately. A grounded mood brings some ease to the balance between how secure we feel in our own skin versus the big and powerful outside world and its machinations. Late night brings the Moon into trine with Saturn as well.

Thursday, the Moon hits Gemini for a lighter, quicker pace. It sextiles Chiron and Mars and goes on to conjoin Venus overnight. Mercury may still be in its shadow, but our senses sing as we shake off the dust and move forward a bit. It satisfies, and actionable ideas feel like an improvement. Take a chance on something fun.

Friday, the Gemini Moon squares Neptune. We may be stuck in a thought process that feels like it leaves us few options and at the same time… more. If what’s familiar isn’t working, anything is possible… but what? Enjoy the intrigue and believe that some knots work themselves out with time or future revelation. Not every issue needs an immediate answer. Let the story unfold. Believe in the process. If the time’s not right NOW, maybe it means something better has yet to come along.

With Mercury square Mars and Chiron take extra care when you move and do. Bruises and cuts abound!

Newly direct Mercury moves from 5 to 7 degrees Cancer this week. Where does that transit your chart? Are you making decisions, waiting for news?