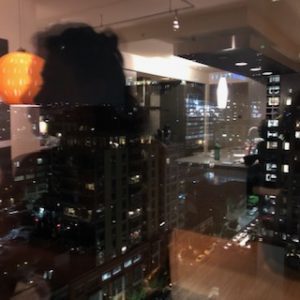 On Monday, Mars and Mercury are ramping up as both are direct but not yet sprinting. Their quincunx peaks, and we’ve primed the pump for actions and cognitions to move predictably ahead. Now is the time to follow up on communications, inklings, and actions that didn’t quite catch in the last few weeks.

The Aquarius Sun heads into sextile with Jupiter and trine to Mars, and forward motion is hopeful, invigorating, and life-affirming. Mercury picks up a square to Chiron (exact Friday) and a trine to Uranus that lasts the week. We’re quite aware of our personally perceived shortcomings, but solid analysis leads to genius solutions when it comes to making use of our WIDE (not just rosy) range of experience.

We prepare to grow from our experiences.

We start out the week with the Aquarius Moon pushing off a conjunction to Saturn and Venus. This is the last few days of that Aquarius Venus, and we’ve got a solid start at knowing what we want in relation to our boundaries and values. This is a Monday morning mood that takes control – whether or not it really wants to get out of bed.

Later the Moon moves to Pisces and drops down in the swell of a square to Mars. Right off the dock, we’re challenged in motion – but we’re also blessed with a full sail of wind. The Moon sextiles Mercury overnight, so we’re sure to find our way, navigating as we do by the stars. Sweet dreams.

On Tuesday, the Pisces Moon sexiles Uranus and conjoins Neptune. The mood is soppy but snazzy. Apple cheeked and crisp. Being emotional is not the wet rag weakness many fear. Feeling the feels moves us more quickly along to an ideal future – than not doing so. So do it. Go with it. You’ll find your opening if you’re willing to believe it’s there. In a flash.

Wednesday’s Pisces Moon finishes up with a dramatic sextile to Pluto – dramatic as it launches into Aries and a conjunction to Jupiter. Dip down, and shoot out the top of the wave. WOW. The Aries Moon sextiles the Sun then sextiles Mars overnight. Did we say drama? It’s still there as is the will to race into action, never losing our groove.

On Thursday, the Aries Moon marches into square with Mercury and conjunction to Chiron, illuminating the Mercury-Chiron square. We’ve been dancing around how our “mistakes” make us whole for a while now. It’s often misperceptions that instigate these “mistakes”. Well now we know as they’re shown to us PLAIN and REAL. We’re also shown how to make use of them as Mercury-ruled Gemini Mars trines the Sun. There’s more than one way to carve a path to success. The complicated way is clearly more interesting and makes for a far better story than conventional means do.

Then Thursday night, Venus quietly shifts to Pisces. Divine pleasure. Exquisite beauty. Longing for the untouchable infinity of perfection in the ideal.

Friday’s late Aries Moon squares Pluto. In the sand of Pisces beach, how well aware are we of our plain and apparent gulf of lack. The trick is to take it in (we all lack something). An Aries mood does not appreciate humbling, but it can be transmuted to a useful appreciation of where our talents DO lie. Perfection can only ever be a dream.

Friday afternoon, the Moon leaves Aries for Venus-ruled Taurus and a sextile to Venus. Let the morning challenge pump you up with friction. The evening mood is ripe and lush, perfectly plump for appreciation and delightfully peppery kisses.

How was your new moon weekend? Where has Venus in Aquarius met Saturn in your chart? Has its effect been clear to you?