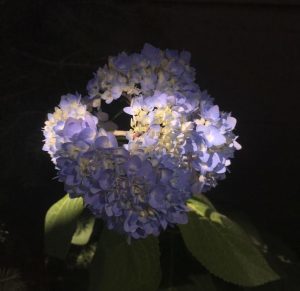 So all the biggies have popped! We’ll still have some repercussions emerge as the Cancer eclipse and the rolling conjunctions in Capricorn have ripples that spread. Everything is direct, and we’re set to go forward with a spring in our step via Sagittarius Mars.

With all that Capricorn, it’s like an avalanche, a mass of earth. The ripples are rock hard, but they’re still building blocks. We can now begin to assess and take charge in our rebound.

Monday morning is the last of the Leo Moon. It opposes Venus in Aquarius as the Sun conjoins Pluto and Saturn. As individuals, we have differing goals. Collectively we share many desires. The day starts well when we blur those lines creatively. Satisfaction is possible, so is pleasure.

The Moon moves to Virgo and Mercury rule. Mercury in Capricorn is infused with the above energies, and it informs our attitudes, senses, and now the mood. The Virgo Moon trines Uranus, squares Mars, and goes on to trine Jupiter overnight. The mood is service driven and active.

After the Moon hits Virgo, Venus moves into mutable Pisces. Amorphous pleasure, the longing for ineffable sweetness, for connection, engulfment, attunement – Pisces Venus brings imaginative and complex longing and we may not always be able to pinpoint exactly what we wish for.

Tuesday, the Virgo Moon opposes Neptune then trines Pluto-Saturn-Sun. Foggy desire may befuddle the mood a bit, but it soon finds traction with the cardinal placements.

Wednesday’s Virgo Moon trines Mercury, and the mood has intelligent legs, a racing mind – but one that heads to the right conclusions and can go the distance. The Moon moves to cardinal Libra and an opposition to Chiron. You can be real, authentic, and still come to an agreement that satisfies. The Moon moves onto the point of a yod, quincunx to Uranus and Venus. Share your good fortune and instigate pleasantry in your immediate vicinity, real and virtual. It feels good, but it’s also good for you.

The Moon sextiles Mars at the end of the day: go the extra mile gladly. It’s worth it. Overnight into Thursday, the Libra Moon squares Jupiter in Capricorn. It may be hard to settle if you need to sleep, but it also symbolizes a fresh chapter for fortune. New quests!

Thursday, Mercury moves to Aquarius, into sextile with Chiron and square to Uranus. Speak your mind, but be wary of coming off as an ass. There are ways to express yourself fully that don’t lead to slapping.
By nighttime, the Libra Moon squares Pluto and Saturn. Again, another indicator that it might pay off to “be nice”.

Friday, the Libra Moon squares the Sun. We should be feeling those Cancer full moon changes, either keenly as loss or calmly settling in to a groove. Give yourself space for either. Give others space or comfort.

The Moon moves to Scorpio, into trine with Venus, square to Mercury, and opposition to Uranus. Getting at the factual truth may be less of a priority than appreciating the beauty all around (as well as under the surface). You can be sure that if there’s something you need to know, it will come from the outside anyway. Mercury sextiles Chiron and squares Uranus. If what you see/sense/hear is disturbing, know that the jangling effect is fleeting and the impact healing.

From the moment Venus moves to Pisces (midday Monday), it is within wide orb of square to Sadge Mars and building all week. A foggy target is not the best for a wild pitching arm. But that doesn’t mean you stop throwing. Just be aware that you may not know if you’ve hit the sweet spot. If it’s fun to throw, throw!