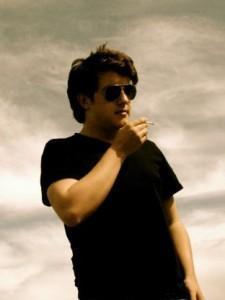 With the exception of a few hours Monday morning, this (business) week’s Moon marks time in two signs, Taurus then Gemini. Taurus ruler Venus is still retro and Gemini ruler Mercury is “fixin’ to” follow suit.

One way this can express is a pervasive feeling of something being “off”. Now add the fact that the Capricorn Sun is moving toward its annual trek over Pluto and there’s an aura of building intensity.

Mercury while still direct heads into close square to Uranus only to station and pull away on Friday morning.

So it’s a charged atmosphere that exacerbates a feeling that we ought to be paying attention cos something is “off”. It looks to me, though, like a lot of clatter, little effect.

The Cap Sun sextiles Neptune Monday, and Mars in Sagittarius finishes its longer term square to Neptune Tuesday. The build up, the suspense, the lack of news about our progress… that affecting music that makes us think something is about to happen (“Run! Get out now!”)… it’s theater. Or at least, it suggests more than it delivers.

If you’re doing the right thing, doing the best you can, your chances are as good as ever. This crescendo keeps us sharp. We ARE approaching a point of great change, but it’s a long time in the making and not about to jump out of the closet with a knife. We ARE on the verge of something large and meaningful, but we are likely going to have to wait a bit longer for clear news to that effect.

Now is the time to pause and consider what’s coming up for you emotionally in regards to what it is you actually want to accomplish, the plans you have to get there, and how much you’re actually doing to push that forward on a day to day basis.

If you don’t have a plan, don’t fret. We are ALL redoing our Plan this year. You’re right on time.

Monday the Moon moves from Aries to Taurus. It sextiles Jupiter in Pisces and heads into square with Mercury, exact overnight. Connection and meaning are intertwined right now and more pressing than making sure the details are in the correct order. Most mundane problems sort themselves in time. Don’t let a poorly worded communique upset your apple cart. The quality of the interaction itself is more important. Value the story over the grammar.

Tuesday, the Taurus Moon conjoins Uranus then squares Saturn. It goes on to trine retro Venus then sextile Neptune. On the verge of a new chapter, again – seek meaning over mundanity and appreciate how sweet life can be when you LOOK for what’s sweet. If you’re given cause to feel lousy or anxious, look for the sweet remedy; it’s there.

Wednesday’s Taurus Moon trines the Sun and Pluto. Nighttime takes it into Gemini and a square to Jupiter overnight. After gaining perspective Monday and Tuesday, lean into the groove where the day takes you Wednesday. This is when we get a glimmer of what life has in store. Expect wild, prescient dreams post a delightfully delicious day.

Thursday the Gemini Moon squares Jupiter, sextiles Chiron, and trines Mercury and Saturn. Expect a busy morning with plenty of opportunity to prove yourself masterful… to FEEL like you’re living up to your potential. If it doesn’t hit your chart that way (to feel masterful rather than rushed), you’re still building toward competence and a grand payoff in time.

Early Friday, Mercury stations retro in Aquarius and the Mercury-ruled Moon heads into a t-square with the past-exact Mars-Neptune square. The narrative gets twisty, or maybe it IS twisty and is now trying to work itself out.

Someone said recently, “When I was a kid, I thought quicksand was going to be a much larger problem in life than it is.” But it prepared us for Mars-Neptune. The more you kick and thrash, the more you’re caught and sink. Be emotionally clever and balance your moves with the ballast of faith. Have faith that you’re the hero in this situation and that you’re coming out on top eventually. Cos you are. And you will. Don’t thrash while you figure the way out and through. Also, there’s invisible help on the way.