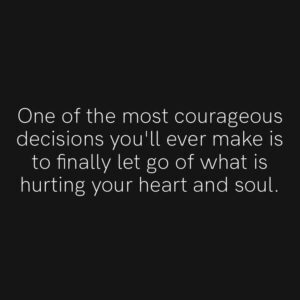 Monday morning, the Moon in Cancer trines the Sun in early Pisces. It goes on to square Chiron and sextile Uranus while quincunxing the Aquarian energies. The Moon in its own rulership with these influences facilitates feeling the feelings. That sounds meaningless or soupy, but the point is deeper.

It’s been quite the year. Emotions get missed. That is to say they get skipped over or pushed down. Those feelings tend to rise up when the time is right to process them, generally when we’re on more solid ground. That’s a good thing. If repressed overlong, they complicate the pursuit of well-being.

So you may feel some emotions that are overly intense for the situation at hand, any sort of emotion. Welcome them if you can. And welcome the healing.

Feelings run hot and deep, but they also for a channel for the divine, making the most of the moment when action prevails. This is not a time to stuff down your feelings for later. It’s a time when they help you to make the moves that make a difference.

But don’t invest emotionally in a power ploy/play. Just do what you need to do and you’ll get the best you can get.

Wednesday, the Moon hits Leo, Sun-ruled, and a trine to Chiron. It also forms a t-square with Uranus and Saturn. Be yourself and use the wisdom of knowing yourself through hard-won experience. Split the difference between holding back and running ahead. You get to decide the pace. Satisfaction and the furthering of your own best interests starts when you assert what you know to be true and follow your own earned mastery. The Moon moves through opposition to Mercury overnight. SING OUT LOUISE!

Thursday, the Leo Moon finishes its opposition to Mercury and opposes Jupiter. In between, Venus moves to Pisces, the sign of its exaltation. Mercury heads into conjunction with Jupiter (exact next week). Communications are on blast, but so are the senses and everyone’s attitude. What we’re hoping to achieve, though, shifts subtly.

The general mood is creative and dramatic, but its focus is more personal than communal: what’s best for me versus what’s better for all. It’s possible to make that sum balance for both sides, so keep running the numbers, for the mood is also generous.

There is one thing to consider, in light of all that’s popping this week. How much service is expected of us, and how much serving do we need to do to satisfy ourselves? How much is too much and how much is enough? Some expectations and some situations can qualify as abuse. That’s not to say it’s conscious, but that doesn’t change its effect.

On Friday, the Moon finishes up in Leo with a t-square incorporating Pallas Athene and Mars. If you can’t get no satisfaction now, you may know too much to go back to the good old days. When you know better, you can do better.

When the Moon moves to Virgo, it opposes Venus. We feel the need to evaluate the merits of what we ultimately want. What we ultimately want becomes far more intangible than it has been. It’s also a time to discern if you’re being too picky… or if someone else is being to particular with YOU. Meaning can be assessed. Benefits can be counted. But what we truly reach for is softer and more slippery than ever before.

The Moon goes on to trine Uranus in Taurus and oppose the Pisces Sun: the full moon. Just before the full moon, the Moon quincunxes Saturn and Chiron, bringing volatile yod energy to its culminating lunation.

Over time we come to realize that you can’t heal anyone but yourself, and that healing yourself is hard enough. You certainly can’t do that while others are actively messing with you. Service is a wonderful goal, so is unconditional love (represented here by Pisces Venus heading into conjunction with the Sun).

It is indeed time to practice unconditional love for self, to be self protective and create a solid future where your efforts and plans to help others are maximized. Edit your targets. In doing so you maximize the good you can do. Something painful got you to this place. You can use that to create a foundation to build a future. Transmute the pain into a benefit. But stop letting people hurt you. Edit the situation. Service must benefit you too.

It’s time to stop servicing relationships where your care is not reciprocated.

If you’re not faced with that problem, super! It also allows us some line-editing where we can target habits or outworn attitudes for snipping. Not everything has to be dire to count, but either way… get rid of it. At the very least, we’ve got some big conversation to tackle, and this full moon can make that happen.

The full moon peaks overnight into Saturday at nearly 9 degrees. Where does this hit your chart?