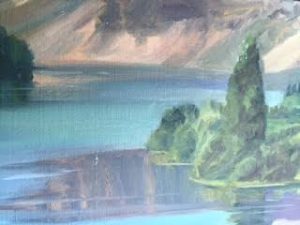 All week long, Aries Venus moves ever closer into square to Capricorn Jupiter. Desire is whipped up, but the timing is not the greatest. Aries Venus wants it now, and Jupiter inflates that desire but doesn’t deliver on the ideal timeline. Add in retrograde Mercury shenanigans in Pisces and it’s extra tasty.

There is some luck that’s been building and will coalesce, however. Jupiter makes the first of three exact sextiles to Neptune (the ruler of Pisces Mercury) on Thursday. Plans inspired now contain multiple options for a payout but likely at a later date. Timing will be personal.

Jupiter sextile Neptune is the opportunity to attune to a more fortunate storyline. Allow yourself to be inspired, to take in, to get in line with what “the universe wants”. Attunement is the key word. It’s intimacy with something larger than yourself as an individual. Don’t hold your beliefs so rigidly that you cannot flow with fate.

This sextile occurs with Mars in cardinal Capricorn, heading into square with Chiron and trine to Uranus. The second takes place at the end of July with an early Aries Mars, also cardinal, in conjunction with Chiron. The third in mid-October has Aries Mars retrograde, applying into square with Jupiter. Whatever this means to you personally, there are multiple avenues to navigate into your own proper alignment with the ideal plot twist. Taking action features keenly, inspiration will shake it out of you if necessary.

This week, the Sun hits Pisces on Tuesday and heads into sextile with Mars and Uranus, moving onto the midpoint of their trine. The path you’re on heads right where you want to go – if you don’t shoot yourself in the damned foot. So look lively and go with what comes easily – even if it’s weird. Expect to learn something useful in the meantime. Put the key in your pocket, even if you don’t know what it’s for.

Monday, the Moon finishes up in Sagittarius and moves into sextile with the Aquarius Sun (exact overnight). Mercury retrograde is bound to churn up some nonsense or other that must be dealt with in the moment. It’s possible to put details back into some semblance of order without making yourself crazy. In fact, you might end up enjoying yourself in spite of it all.

Tuesday the Moon hits Capricorn and a conjunction to Mars. The Sun moves to Pisces, and the Moon sextiles Mercury overnight. Keep at those details. Satisfaction can be found in steady movement, even if you’re not quite sure of the end point. Do the work on your plate, even if the work is unusual.

Wednesday the Capricorn Moon conjoins Jupiter and sextiles Neptune. It goes on to conjoin Pluto overnight. Look for the “brass ring”, even if it’s intangible. Allow yourself to be inspired.

Thursday the Jupiter-Neptune sextile perfects and the Moon conjoins Saturn. Emotional regulation is one of the natural consequences of this upgrade to the storyline. Ups and downs are exciting, but they’re diverting from the real work of attunement. Look for the satisfying groove. It’s possible. Later the Moon moves to Aquarius and a sextile to Chiron and square to Uranus. The change in the status quo can feel disturbing, but take comfort in all that’s healing along the way as a side effect.

Friday, the Aquarius Moon sextiles Venus as Mars and the Sun align with Uranus. Even with foggy mental weather, this combo is sweet and ripe for fun and friendship. Let the fun in and shine along.