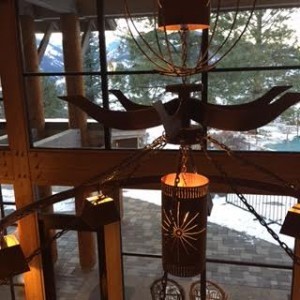 This week, the Moon moves from Virgo, through Libra, and deep into Scorpio. The mood starts out detail and service oriented then the focus orients on relating, a more airy give and take. Finally the collective mood dives deep into that interaction, going under the surface and beyond the niceties.

Mercury slows in Pisces in anticipation of its upcoming retrograde period. Mars speeds through the end of Sagittarius, keeping an active and physically fire-fueled foot on the gas. Jupiter moves closer into sextile with Neptune, but atypically it’s the Moon making all the notable moves this week.

Monday, the Virgo Moon opposes Mercury then Neptune. It trines Neptune, illuminating the Jupiter-Neptune sextile. We’ve been getting some glimpses into the themes of our future interests and paths. The mood fosters further investigation and the fleshing out of some of the mundane details of our amorphous dreams. Invitations or bids for attention in this area offer a chance to increase our feelings of validity and enthusiasm for the future. It’s possible to find yourself surprised at how much fun something is, something you might not have found all that interesting in the past. In fact, it could foster a complete turnaround in some area (of your chart).

Tuesday, the Virgo Moon trines Pluto and Saturn and squares Mars. Stay on course with the mood for detail in order to steer that leveling influence to create deeper tracks for progress over time. The Moon moves to Libra and an opposition to Chiron then Libra ruler Venus. The squeaky wheel gets the grease, but you catch more flies with honey. The general tenor of the day works best when you balance those two maxims and are authentic to your own values and desires while making space for the same for others.

Wednesday, the Libra Moon squares Jupiter, setting off Mercury and Neptune by quincunx. Raising the volume on “nice” is no longer nice. It can get shrill and the subtle flavor is lost. Humor is a lifesaver. Remember to add some humor into the mix. It goes a long way toward making art out of veneer.

Thursday, the Moon in Libra squares Pluto then Saturn, going on to trine the Aquarius Sun and sextile Mars. Keep up the grounding perspective with wit and a long fuse. That sets the stage to rise above the mundane, gain some speed, and soar. Evening brings a Scorpio Moon and an opposition to Uranus in Taurus. There’s a likelihood of surprises and every indicator that they will be pleasant. It’s a great time to try a new play on something old. It’s titillating.

The late Aquarius Sun every year on Valentine’s Day can add a bit of detachment. How do you experience the holiday in general? How about this year?