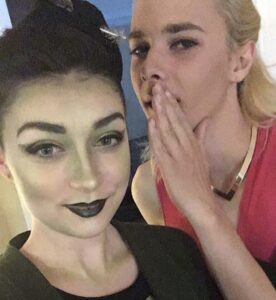 Monday night, Mercury at the end of Sagittarius squares Jupiter in Pisces exactly. So the entire day begs the question “WHAT?”

I suppose you want me to explain that. No. I won’t. The Taurus Moon conjoins Uranus, squares Saturn, and winds up in sextile to Neptune, ruler of Pisces. This isn’t one that someone else can explain. The challenge is to find a personal explanation, or better yet – find the personal in the universal. If you’re irritated, feeling blocked, well, those may be the emotions that lead into the void space where meaning lives.

Monday is the last full day that Mercury spends in Sadge, blurting and running wild. It also gives us right up till Tuesday afternoon when Mercury leaves for Capricorn to flit and flirt and barrel our minds and mouths into the full expression of the long way around a subject. Explore while you may.

Tuesday’s Taurus Moon morning finds the Moon trining Pluto and sextiling Jupiter, a mood ripe for unearthing satisfyingly deep meaning and shouting it to the world. Or singing praise to the mystery. By afternoon, the Moon moves to Gemini and quincunx to freshly minted Cap Mercury, Saturn ruled. Time to ruminate, if you take the time.

Wednesday, the Mercury-ruled Gemini Moon sextiles Chiron then forms a t-square with Juno and the Sadge Sun – the full moon. The full moon closely conjoins retrograde Mars, both the Moon and Sun perfecting their aspects to Mars in under a half hour. CLOSE.

That square to Juno might not have made the radar for the full moon were it not for the tight Mars conjunction. Moon and Mars in air is emotional explosion, anger, rage. Juno in square to the emotional center, the ego, and the action center looks like MOTIVE. Passion, possessiveness, revenge, all are linked to Juno. So is a certain type of perseverance, in Pisces – the type that may spawn stalkers or stalking. Use what you’ve learned to recognize the need to utilize caution.

You can encounter that flavor without it being a full-blown problem. However, with a full moon on Mars – off its game, retrograde at that – use the Saturn flavor of the Capricorn Mercury influence to follow your gut and senses on this one. Pay attention to what you’re taking in through your senses. TAKE IT SERIOUSLY. Use the full moon action to suss out shenanigans and extinguish them with a fire blanket.

Don’t play into any drama. Be willing to recognize the difference between a game and a threat. The best way to stop a fire is to cut off its air. Use your good sense, and if you don’t have any – use the collective good sense of Capricorn Mercury. Dump dirt on it. Boom.

Now, most people won’t encounter such things, not to the extent I’m talking about. But they don’t need warnings. If a little drama flares and somebody harrumphs at you, well it’s not a big deal in the long run. It’s a very good time to put an end to someone’s nonsense by shutting a door (or slamming), by cutting them off, or by having the last, non-inflammatory word. These can be very satisfying! And healthy. “I have no response to that.”

Can you be unflappable when others escalate? Virgo placements are great for that. If so, you can de-escalate yourself too.

The post-full Gemini Moon goes on to trine Saturn overnight into Thursday morning. Do the high-minded, right thing.

Perspective is the cure for that, as is remembering that tomorrow is another day. After Venus perfects its morning square to Jupiter, the Sun immediately closes a sextile to Saturn. Time creates a story from a drama. It creates value, if you see through and past the moment. Perspective.

Friday morning’s Cancer Moon mood can help with that as it opposes Mercury in Capricorn, balance of mood and mind. By nighttime, Venus joins Mercury in Cap and the Cancer Moon squares Chiron. If you can learn to want what you have and what you may be able to achieve in the future, that’s a valuable perspective.

The full moon takes place Wednesday night at 16 degrees Gemini conjunct a 16 degree Mars. Where is this hitting your chart? 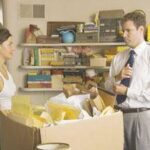 Juno And “The One”