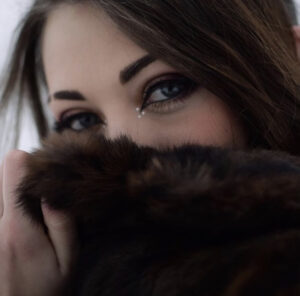 This week the Capricorn stellium peaks as Mercury and Venus head into conjunction with Pluto and sextile to Neptune. Cap ruler Saturn in Aquarius straddles the midpoint, lending a theoretical (if not tangible in some cases) boon of ballast to the opportunities present. If something slows you down, pay close attention.

This week we get a chance to draw on divine and eclectic inspiration and the collective mind as we concentrate our resources in our dramatic rise to the occasion. The details are heavily weighted here, and we’ll get a chance to view them from every angle and on the move. Pay close attention.

Monday’s Aquarius Moon bats cleanup on the holiday weekend. It conjoins Saturn and provides the focus of emotional intelligence on the very needs we inhabit while justly chasing our desires. Whether we choose to address them or not, they factor in. So we should take note (pay close attention).

On Tuesday, Venus semi-sextiles Saturn and the Pisces Moon sextiles the Cap Sun and squares retro Gemini Mars. While action proves frustrating, going within provides traction. Juno conjoins Neptune, and passion infuses fantasy, a commitment of upper level awareness to a particular sort of muse. Late in the night, Venus perfects a sextile to Neptune, and the muse is both found and internalized. Invisible sparkle, inaudible swish.

Wednesday’s Pisces Moon continues in that softly backlit flow of gentle but notable whimsy. It sextiles Uranus, conjoins Neptune, and sextiles Venus-Mercury-Pluto. Open up to the possibilities. Be willing to entertain the unexpected AND the unconventional.

On Thursday, Venus conjoins Mercury with the Moon at 29 Pisces: We pay close attention to these fantasy highlighted, lofty and entrenched desires. This involves ALL the senses, and our attitudes take shape for the better. Immediately after, Mercury stations retrograde. An Aries Moon mood follows as the urge to action takes on the boost of an early conjunction with Jupiter.

The Aries Moon goes on to square the Sun, sextile retro Mars, and conjoin Chiron by nightfall. Retrograde Mercury in Capricorn combines with retrograde Mars in Mercury-ruled Gemini, and rethinking attitudes and action becomes COMPLEX but BRILLIANT. Saturn is full speed ahead in airy Aquarius and chock full of outrageous but solid themes for navigating this upcoming phoenix-like shift.

On Friday, the Aries Moon is a fire lit under a mood to GO. By afternoon, the Moon sextiles Saturn and heads into square with Mercury-Venus-Pluto. Slow up enough to pay attention, even if the act of doing so feels stifling. That’s not a stifle, it’s a matching up of speeds so we can connect to the ever-popping epiphanies coming out of an emphasis on the week’s sextiles between Capricorn and Pisces. With Mercury and Mars’ retrogrades, we need to be able to fold like a tesseract and turn within to see without. Again and again. Hold that space.

How was your weekend? Your solstice? Your new moon experience?