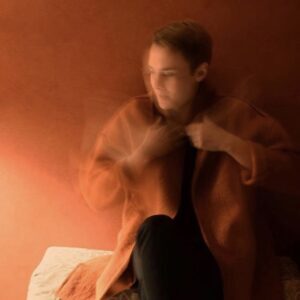 In the wee early hours of Monday morning, Mars moves from Scorpio to Sagittarius. The Mars-ruled Aries Moon trines the Sadge Sun, then Mercury leaves Sadge for Capricorn.

That sounds pretty peachy, but the Aries Moon also squares Pluto and Venus. So while the mood matches the tenor of the day and action is jet charged, there’s a bit of a spin out for results.

The Aries Moon goes on to sextile Jupiter, so there’s a possibility to pull out a win in the end. But that’s most likely if you’re willing to adjust your expectations.

Tuesday, the Moon hits Venus-ruled Taurus with a quincunx to Mars and a trine to Mercury. The motivation needs a little motivation, but it’s there once we overcome the inertia. And once it goes, IT GOES. It feels good. Make a plan that feels like self care. Sometimes self care is cleaning the house, but sometimes it’s baking a pie.

Later, the Taurus Moon squares Saturn and conjoins Uranus, accentuating the general effect of the long terms Saturn-Uranus square as it affects you personally. Pay special attention to anything that makes you feel lumpy or lousy. That’s either something you need to address, OR it’s something you can get right with.

For instance, if you feel bad about yourself because your house is messy, you can address the systems around how you handle that, so it’s less likely to feel like a problem when you’re vulnerable. But if you feel bad about your nose, consider digging deeper to change your beliefs around there being something wrong with you (spoiler: there’s nothing wrong with you… even your messy house isn’t a personal failing).

Venus in Capricorn holds the end of the sign, still conjunct Pluto. Mercury gets moving at the beginning. Our thoughts and attitudes around what we value have tangible beginnings, but they offer us system wide insights. Cap Mercury gives us the standing to really churn through those insights and turn them into a cohesive plan for domination, or at the very least a clean mind.

Wednesday the Moon spends the day in sextile to Neptune. It’s also the day that Mars crosses the south node. This is a great day for nostalgia, so find a groove that feels good and appreciate it. The mood smooths over those formerly rough spots, so it’s especially good for appreciating all the nice things you’re doing for yourself and for others.

In fact, it’s a good day for doing whatever makes you feel connected and pampered. It’s also a perfect time to daydream about your ideal holiday. If you want a dream come true, you have to have a dream. Exude that dreamy vibe and who knows?

Thursday, the Moon finishes up in Taurus with a trine to Pluto and sign ruler Venus (also a square to Jupiter). Make a wish and DON’T TELL.

In the afternoon, the Moon moves to Gemini. It opposes Mars and quincunxes Gemini ruler Mercury. If someone ASKS what your wish is, it’s okay to tell. This is the season where we fulfill each others wishes, but figuring out what those are is not simple. This year particularly, giving experiences or gifts that facilitate experiences is likely a good idea. But good communication goes a long way there.

So, just like you can tell if you’re asked, be sure to ask about someone else’s preferences.

On Friday, the Gemini Moon trines Saturn and sextiles Chiron while Mars moves into trine with Chiron. It’s a mood for curiosity and getting a handle on the details. It also means we have access to the capacity to hold multiple perspectives and in doing so crack through a longstanding stumper. The results can lead to learning a new way to do something, a way that brings us closer to understanding ourselves or correcting an impediment.

Late in the evening, the Moon opposes Vesta. It’s easy to get lost in concentration or distraction, but don’t ignore someone who needs your attention in the process. Remember what really matters most. It’s often someone rather than some-thing.